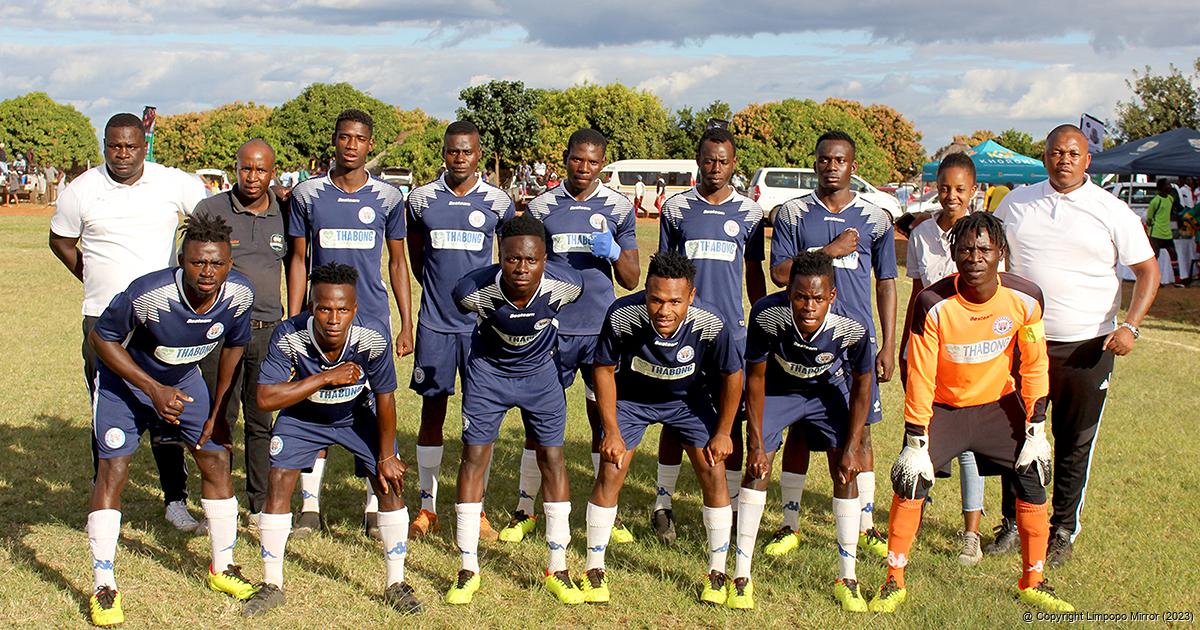 One of the favourites to win the tournament, Masakona Young Tigers FC. Photo: Frank Mavhungu.

Zwavhudi champs to be decided this weekend

The semi-finals and final match of the Zwavhudi Animal Feeds Winter Youth Tournament will be played at the Thohoyandou Stadium on Saturday. The day’s programme will open with the semi-final match between Bungeni Young Tigers and Matanda Rockers, which is scheduled to start at 09:00.

Young Tigers beat Madridtas FC 2-1 in their quarter-final match at the Makhado Show Grounds last Saturday to secure a place in the semi-final stage. Rockers’ way to the semi-final round went via Sambandou United Professionals, whom they crushed 2-0 at the same venue last Saturday.

The second semi-final match will be between Masakona Young Tigers and Maelula United Brothers. This one is scheduled to start at 11:00. The spirits are high in the camp of Masakona Young Tigers, following their superb performance in the two matches they played over the past weekend. They narrowly beat the stubborn Tshikhwani Stone Breakers 1-0 in their quarter-final match at the Makhado Show Grounds on Saturday. Their game on Sunday was against Bungeni Young Tigers, whom they beat 4-1 in their Vhembe Super Cup match at the Rabali Stadium.

The winners in the semi-final matches will meet in the final later in the afternoon. The final game will be preceded by a friendly clash between the Black Leopards’ legends and the legends from the participating teams.  The champions will take home a whopping R40 000 in cash, a floating trophy, gold medals, soccer kit and two soccer balls. The runners-up will receive R20 000, a soccer kit, silver medals and two soccer balls.

Cash amounting to R10 000, bronze medals, soccer kit and two soccer balls await the team that will finish in third place. The prize-giving ceremony will be held at the stadium shortly after the last game.