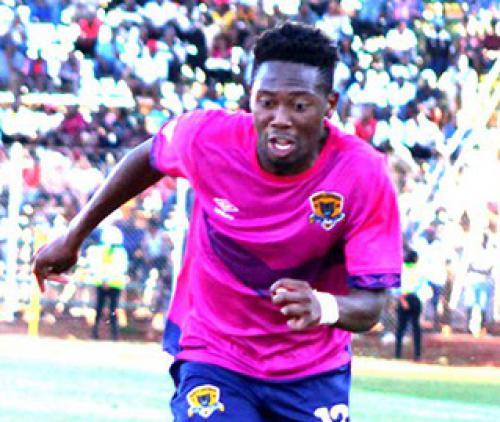 After spending about three months without any income, the former Black Leopards player, Lifa Hlongwane, has finally secured a new employment contract. The 27-year-old striker will be parading in the Maritzburg United colours when the activities for the new DStv Premiership soccer season start on 14 August.

He was one of the players who were unveiled by the Team of Choice last week. Hlongwane parted ways with Lidoda duvha unceremoniously in April this year. This followed after he was found guilty of breach of contract. Hlongwane took part in the Easter soccer tournament, which was organized by the former Polokwane City player, Thabiso Semenya. Following his dismissal by the Thohoyandou side, Hlongwane remained jobless until his new contract with Maritzburg was signed.

Speaking to Limpopo Mirror after the team’s morning training session on Monday, Hlongwane revealed that life had been difficult for him without a salary for the past months. He said he was regretting what he had done at Black Leopards. He reiterated that he did not have any ill feelings towards his former employers, adding that he knew that what he had done was unacceptable. He concluded by wishing Black Leopards well in their future endeavours.

Born in Diepkloof on 22 September 1993, Hlongwane started his football career with the amateur side, Ama BEE FC. His first professional team was the now-defunct Royal Eagles FC, whom he joined way back in 2014. He later moved to Jomo Cosmos, where he stayed for three seasons.

He was transferred to Tshakhuma Tsha Madzivhandila (TTM) on a six-month loan contract in 2018 and later returned to Cosmos. He migrated to Black Leopards at the beginning of the 2018/19 soccer season. During his stay at Lidoda duvha, Hlongwane won the Man of the Match award on several occasions.