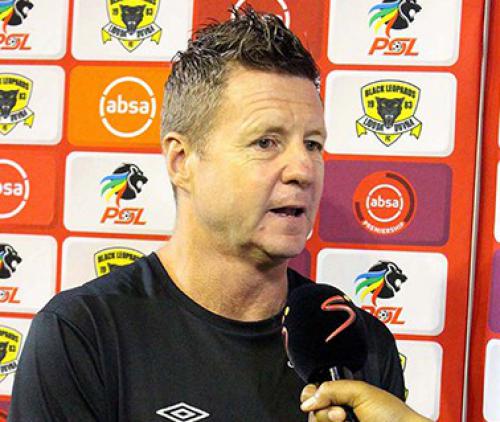 The relationship between Black Leopards Football Club and the team’s head coach, Mr Dylan Kerr, is something of the past. Mr Kerr’s dismissal comes after the team failed to produce the desired results under Mr Kerr’s guidance.

Lidoda duvha played seven games with the 53-year-old mentor shouting instructions to the players from the technical bench. Leopards registered only one win and three draws during Mr Kerr’s tenure. Their only victory was against Orlando Pirates, whom they crushed 2-0 at the Thohoyandou Stadium two weeks ago. They drew 2-2 with Kaizer Chiefs, 1-1 with Stellenbosch and shared the spoils with Tshakhuma Tsha Madzivhandila (TTM), with whom they played to a 1-1 draw.

The Thohoyandou side suffered two successive embarrassing defeats last week, something that did not go down well with the management of the club. They lost 0-2 to Cape Town City at the Thohoyandou Stadium last Wednesday before suffering a 0-3 drubbing at the hands of Chippa United at the same venue last Saturday.

The club’s spokesperson, Mr Berry Ramunenyiwa, described Mr Kerr’s release as a decision that would benefit both parties. “We have parted ways with Mr Kerr amicably,” he said. He revealed that the current assistant coaches, Messrs Morgan Shivambu and Lehlohonolo Seema, will be caretaker coaches until further notice.

Messr Shivambu and Seema were in charge of the team for the first time in their game against Mamelodi Sundowns at the Thohoyandou Stadium on Wednesday evening. The result of the match was not available at the time of our going to print.

Mr Kerr confirmed Mr Ramunenyiwa’s sentiments. Asked about his next stop, the former Baroka FC head coach revealed that he was still making up his mind.