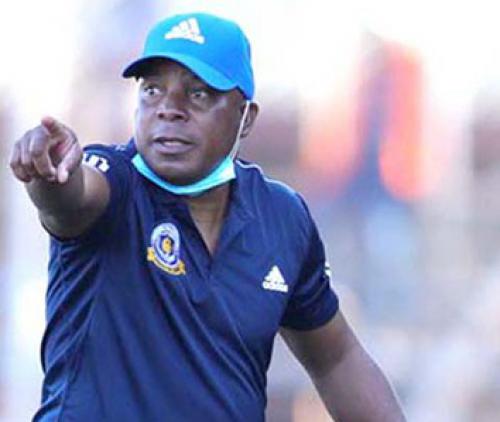 TTM are ready for Supersport United in Nedbank clash

Tshakhuma Tsha Madzivhandila FC (TTM) have reason to believe that they will use Supersport United as a steppingstone and proceed to the last-16 round of the Nedbank Cup Competition.

The draw for the Nedbank Cup last-32 round was conducted at the league’s offices in Johannesburg last Thursday evening and TTM was announced to play against Supersport United in the opening round. Although the league will confirm the dates, times, and venues for the last-32-round matches in due course, TTM will enjoy the home-ground advantage in their game against Matsatsantsa. According to a statement from the league, the last-32-round matches will be played in the first week of next month.

Asked to comment about the draw, TTM’s head coach, Mr Joel Masutha, was quick to mention that they were ready to face any opposition. He reiterated the fact that no big or small teams campaigned in the league. The Prophet, as his fans call him, revealed that they will have beefed up the team’s ailing defence when they face Supersport United.

Mr Masutha added that the management of the team knew the team’s defence needed bolstering and that they were working on the matter. The Tshakhuma side recently lost one of the team’s top strikers, Justine Shonga, to Cape Town City.

Mr Masutha further stated that the team’s bulldozer striker, Rhulani Manzini, would have fully recovered from a pulled muscle when they faced Supersport United. Another striker, Joseph Molongoane, will also be available for selection when Supersport pay them a visit. Molongoane was given his marching orders in their game against Lamontville Golden Arrows at the Chatsworth Stadium in Durban last Saturday.

Mr Masutha’ counterpart from the Supersport camp, Mr Kaitano Tembo, stated that his team might be in top form at the moment, but they respected TTM. The last time Supersport United met with TTM was in their MTN 8 Cup match at the Thohoyandou Stadium about five months ago. Vhadau Vha Damani lost 2-3 to Supersport.