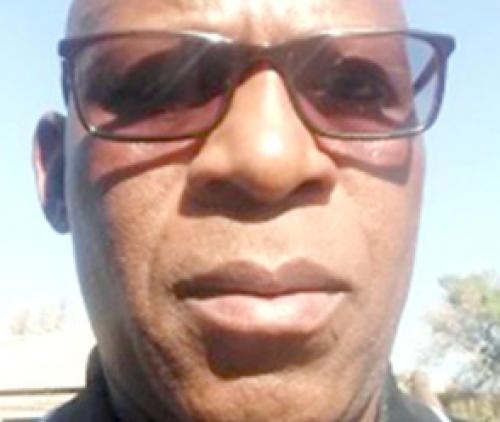 “Chigo” Bila was loved by many during his heydays

Soccer lovers around the Vhembe area cannot forget the dribbling skills of the much-loved Elias “Chigo” Bila of Mavambe Highlanders, whom they called the white head during his heydays.

Bila started his playing career at an early age at Jimmy Jones All Stars in 1970. From his early days he played as a midfielder - the position he played most of his entire life in football. In 1982, Bila moved to Shirilele Secondary school at Mavambe and joined Mavambe Highlanders in 1983.

He went to Giyani High School, where he continued playing. When he played in the school team, he played with the likes of Aggrey Hlungwani, the late Peter Mhlophe, Franklin Kutama, and Bilika Mabunda, to mention the few. When he was in Giyani, he played for Giyani Shepard with players such as Section Mabunda, Sy Ngobeni, Norman Power Mathebula, and Joe Mahlale.

In 1984, he was selected for the Giyani squad and played against Jomo Cosmos at Bungeni Stadium with the likes of Jerry Sadike, Webstar Lechaba, Ten Ten Sibande, Heel Extension Mokhari, Jomo Sono’s younger brother KK Sono, and Chippa Chauke. “I was then recruited to join Cosmos and declined the offer as I wanted to finish my schooling.”

He was recruited to play for Mothomong Modern Boys in the Kgapane area.

He returned to Mavambe Highlanders in 1985 and played full time. At Mavambe, he played with players such as Computer Shivambu, the father of Black Leopards assistant coach Morgan Shivambu, as well as Norman Maluleke, Seven Power Mathebula, Sam Jeleni, and Shaka Shiveri.

When Highlanders join the Great North East Province League, he formed part of different squads. When Great North was eliminated, he played with Ace Ramabulana, Nanana Masasa and Toy Kutama in Gauteng. He joined Langutani Blue Birds in 1990 and remembers when his team reached the top 32 of the Bobsave Super bowl and were eliminated by Bloemfontein Young Tigers.

He said that, during his time, soccer was his food and he particularly enjoyed playing at Thohoyandou Stadium. He further said that soccer built most players in terms of leadership, discipline, and human relations.

Bila is currently working as assistant director facilities management for the Department of Agriculture.