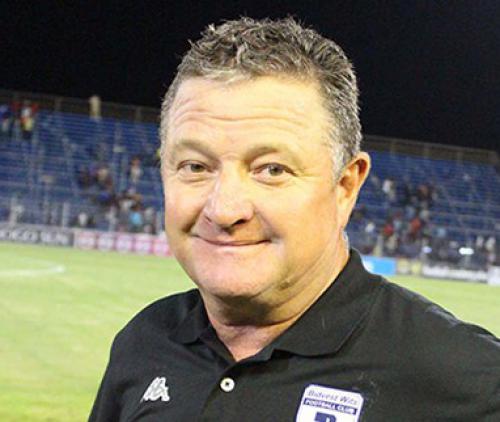 After four months of waiting, the Absa Premiership League programme for the current season will finally resume this weekend. The programme was brought to a halt towards the end of March with the nationwide lockdown.

The programme is set to resume with the Nedbank Cup semi-final matches. Teams that had secured places in the semi-final stage are: Mamelodi Sundowns, Bidvest Wits, Baroka FC and Bloemfontein Celtic.

The first semi-final match will be between Mamelodi Sundowns and Bidvest Wits at the Dobsonville Stadium tomorrow evening. The fact that Sundowns and Wits are keenly contesting for the league title is reason enough for the soccer fanatics to expect a mouth-watering game.

Wits will be without their Mozambican midfielder, Elias Pelembe. According to the team’s head coach, Mr Gavin Hunt, the 30-year-old Pelembe is stuck in his home country because of the lockdown regulations in Maputo.

Asked how much Pelembe’s absence was likely to affect the team’s performance in their remaining matches, Hunt responded by describing the player as an asset to the team. He revealed that Pelembe’s absence would force him to change his game plan. Hunt, whose contract with Wits will expire at the end of this season, further stated that his aim was to part ways with the club on a high note. He added that winning the league or the Nedbank Cup in his final season with the club would make him the happiest man in the world.

Hunt’s counterpart in the Sundowns’ camp, Mr Pitso Mosimane, said he was expecting a tough game. Sundowns will be without their two regular players, Andile Jali and Phakamani Mahlambi. Mahlambi and Jali were reportedly ordered to leave the team’s training camp in Rustenburg last weekend, following allegations of misconduct.

Bloemfontein Celtic will take on Baroka FC at the Orlando Stadium on Sunday.

The league matches will resume next Tuesday, 11 August. Mamelodi Sundowns will take on Orlando Pirates at the Dobsonville Stadium. Kaizer Chiefs will have a date with Bidvest Wits at the Orlando Stadium the following day (Wednesday, 12 August). Next Friday’s matches are: Highlands Park vs Mamelodi Sundowns and Amazulu FC vs Baroka FC.