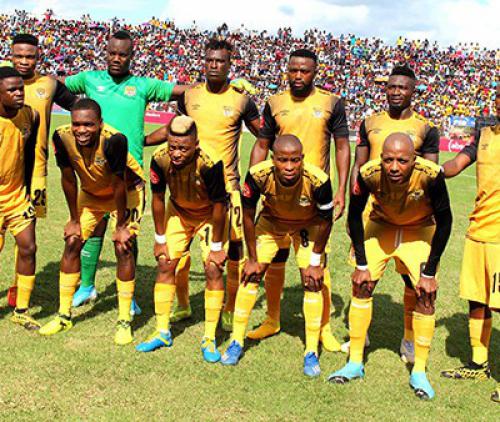 Business as usual has resumed in the camp of Black Leopards FC. According to the club’s brand and communications manager, Mr Tshifhiwa Thidiela, the team resumed with their normal training programme on Wednesday this week.

Thidiela mentioned that the team’s training ground had been disinfected over the past weekend. He further revealed that the Covid-19 testing for the players was done last Friday and that they received the results early this week. According to him, none of the players tested positive for the virus and they called the players and the technical staff to come back to Polokwane shortly after the league received the go-ahead from the government to resume with training.

Thidiela further indicated that the only player who was not in their camp was Joseph Mhlongo. The 29-year-old striker’s contract with Lidoda Duvha expired at the end of last month. Thidiela revealed that they did not renew Mhlongo’s contract after the team’s head coach told them that the player was not part of his plans for the new season.

The testing of the players and the sanitising of the training field were done in line with the prescribed health protocols. The Minister of Sports and Recreation, Mr Nathi Mthethwa, recently granted the Premier Soccer League’s teams permission to resume with their normal training programmes under strict health protocols.

Some of the prescribed protocols include the compulsory disinfection of the training fields and testing of players and technical staff for Covid-19. The acting chief executive officer of the PSL, Ms Mato Madlala, was earlier quoted as saying the league would only announce the dates on which the remaining league matches would be played after receiving confirmation from all the clubs that they had complied with the prescribed health protocols.