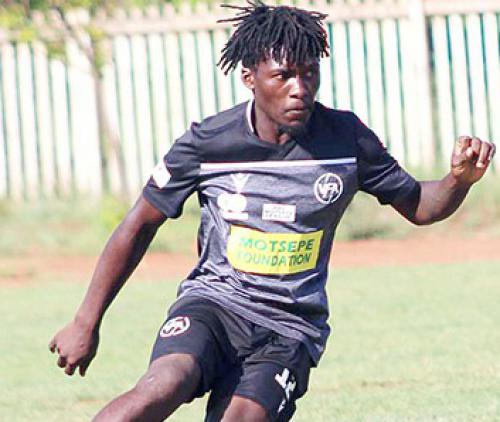 Another humiliation for VFA

After playing to a goalless draw with Berachah Valley FC on their own home soil two weeks ago, Venda Football Academy continued to upset their fans by donating points to The Dolphins FC when they lost 0-1 in their ABC Motsepe League match at the Tshifudi Stadium last Saturday.

The visitors from Polokwane meant business from the first whistle. They took the game to the home side from the word go, forcing VFA to abandon their positions and play defensive football. The Dolphins’ effort did not pass without reward.

They were awarded a corner kick in the 18th minute. A heart-breaking scramble within the VFA danger area gave rise to The Dolphins’ spectacular goal. Thabang Moremi gave the ball the final touch.

The struggle continued, with the home side showing some signs of commitment. Mosima Twabuthwa, the VFA playmaker, could not live up to the fans’ expectations as he was tightly marked. That forced the team’s head coach, Joel Mongalo, to replace him with Unarine Kudzingana towards the end of the first half.

Kudzingana was booked for dangerous play three minutes into the last half. He was lucky to escape with a mere yellow card after tackling Joseph Kekana from behind. VFA used their last two substitution chances later in the game. They introduced Rudzani Thabo and Xongotelo Maswanganyi for Nkanyiso Gumede and Wanga Khorommbi respectively.

VFA realized that it was not their day when they missed a fortune in the 78th minute. They were awarded a penalty after Rudzani Thabo was brought down within the box. Mlawuli Radebe’s attempt from the white spot hit the woodwork and bounced back into the field of play.

VFA dropped from the third to the sixth position on the log after the defeat.