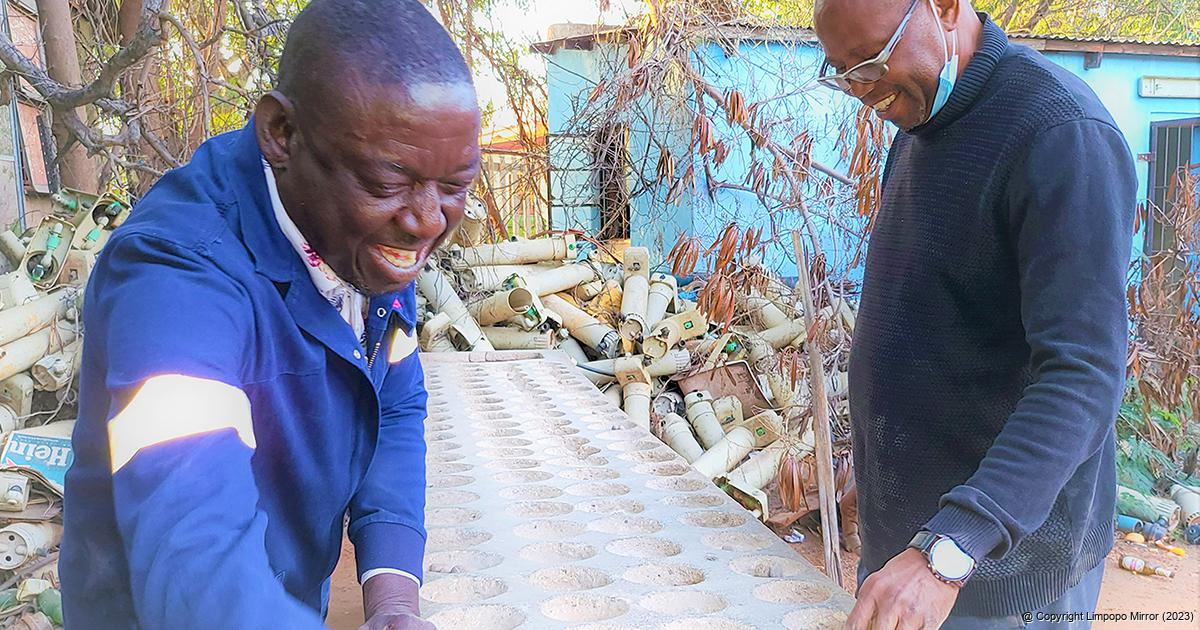 While many people today prefer to move with the times and keep themselves busy with the endless selection of entertainment that modern society has to offer, a group of men from Musina has vowed to ensure that traditional games do not disappear into the background.

The group of more than 20 men meet every afternoon to play mufuvha, an age-old, traditional, mind-stimulating game known to unite men. The game is played with small stones, called thoga, on a flat, rectangular board with holes. Each player gets a number of stones. The challenge is to move these stones from hole to hole towards their opponent to seize all their stones – a lot like the game of checkers.

Mashudu Dhliwayo has been playing mufuvha for the past 10 years now and says that the game is very good for enhancing concentration. “You need to fully concentrate on the game if you want to win. It sharpens the mind because you need to calculate your moves while at the same time monitoring your opponent’s moves. It is important for young boys to join us, so that we can also teach them how to play this beautiful game.”

Although the goal is to win, the most important thing about the game for these players is connecting with one another. “Besides playing the game, we also engage in all kinds of social topics that help us with personal growth. We come from different backgrounds, but our meetings play an important part in promoting social cohesion and friendship. When one of us has a problem, we discuss it and find ways to resolve it.”

Dhliwayo says one of the best things about the mufuvha group is that they undertake trips away to play against opponents outside Musina. “This allows us to experience life outside Musina and to see how people from other areas live. We have made friends with many people from other areas through this game, whom we visit from time to time. We encourage other men from around to come and join us, so that we can continue to build new friendships, while preserving this traditional game of ours,” he said.

Dhwiwayo’s sentiments are echoed by Dennis Sithole, whose love for mufuvha cannot be compared to anything else. “This is the best game ever. Once you get hooked on mufuvha, you will never love another game again. As men, we enjoy playing this game because it encourages unity and keeps traditions alive.”