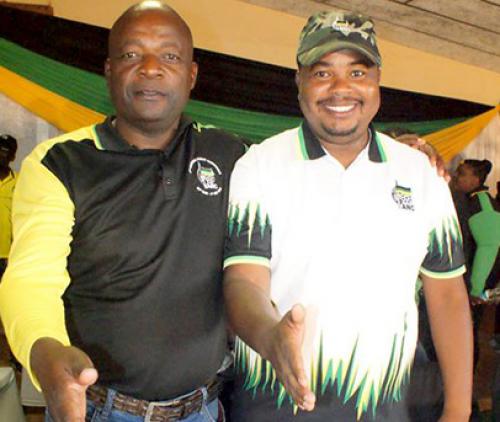 The ANC structures in the Vhembe region pledged their support for advocate Makonde Mathivha as regional chairperson, with Rudzani Ludere as the choice for regional secretary.

The Mphephu community hall in Dzanani was packed to capacity on Saturday for the memorial lecture in honour of the late Lion of the North, comrade Peter Mokaba. The event was attended by different ANC branches in the Vhembe region.

The majority of the more than 1000 people who attended the lecture seemingly supported Mathivha and Ludere and sang songs to show their preferences.

Speaking at the memorial lecture, Ludere indicated that the time had come to take the ANC back to its members. “During elections, ANC members are the ones who do groundwork and campaign for the party, but when business opportunities come, they are given to girlfriends, friends and families. That must stop,” he said.

Mathivha asked his followers to put their fears aside and work on re-building their image. Their campaign is known as One Way, One Direction.