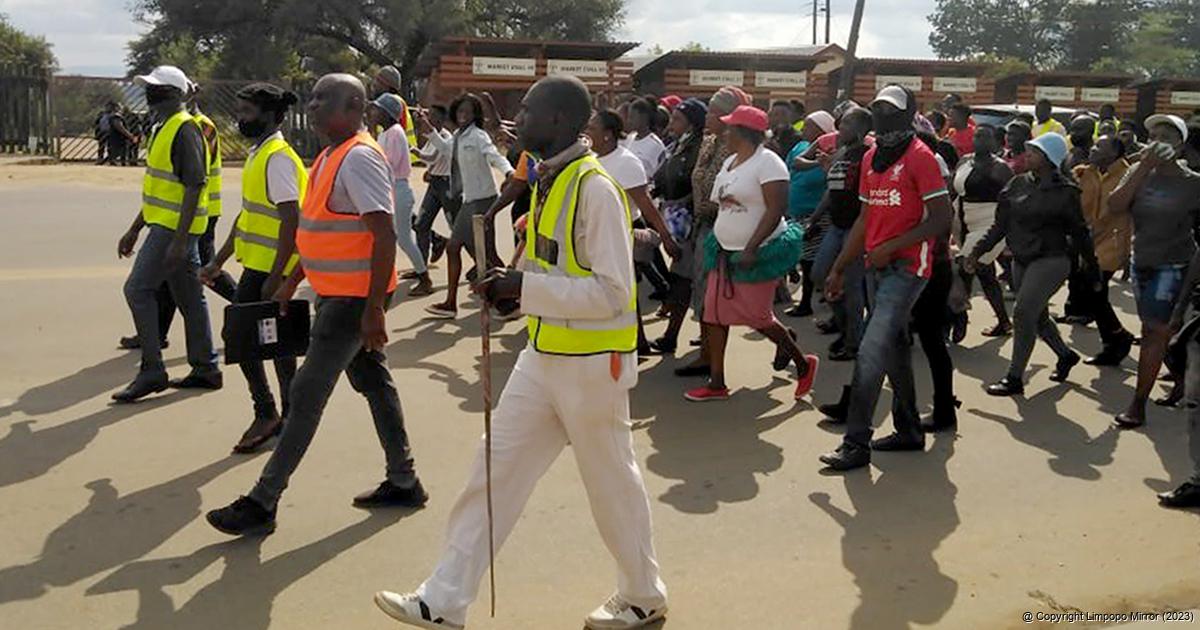 On Friday, 27 May, residents from more than 30 villages in the Malamulele District marched to the Department of Public Works' satellite office in Collins Chabane, demanding better roads. Photo: supplied.

Residents from more than 30 villages in Malamulele, under the Collins Chabane Municipality, went on a peaceful march on Friday, 27 May, demanding better roads.

Villages affected by poor roads in their area include, among others, Greenfarm, Shimbagwa, Makhasa, Madonsi, Dinga, Mapapila, Govhu, Mulamula and Majozi. The D3645, D3647, D3648 and D3640 are some of the roads these communities are pleading with the Department of Public Works to attend to.

The chairperson of the Concerned Community Group, Mr Hasani Simon Sithole, said that residents had raised the issue of the poor state of the roads with the municipality many times before, but that the municipality still had not responded to their pleas. They claim that not a single tarred road has been constructed since the inception of the Collins Chabane Municipality in 2016.

According to Sithole, learners, commuters, and local taxis are facing difficulties in accessing these roads. “We have witnessed many accidents on these roads. The small, medium and micro enterprise businesses are failing to make their expected profits due to the inaccessibility of the roads.”

On Friday, residents gathered at the Malamulele Hospital and marched to the Department of Public Works and Infrastructure’s satellite office. The protesters demanded a response within 14 days. They warned that failure to respond within this given period would lead to a total shutdown of the whole area.

Mr Thivhusiwi Tshindane from the Department of Public Works and Infrastructure’s satellite office confirmed that they had received the memorandum and had already forwarded the correspondence to their head office. Tshindane said that most of the roads mentioned by the protesters were the responsibility of the Road Agency Limpopo, but that those that fell under the municipality would be attended to.