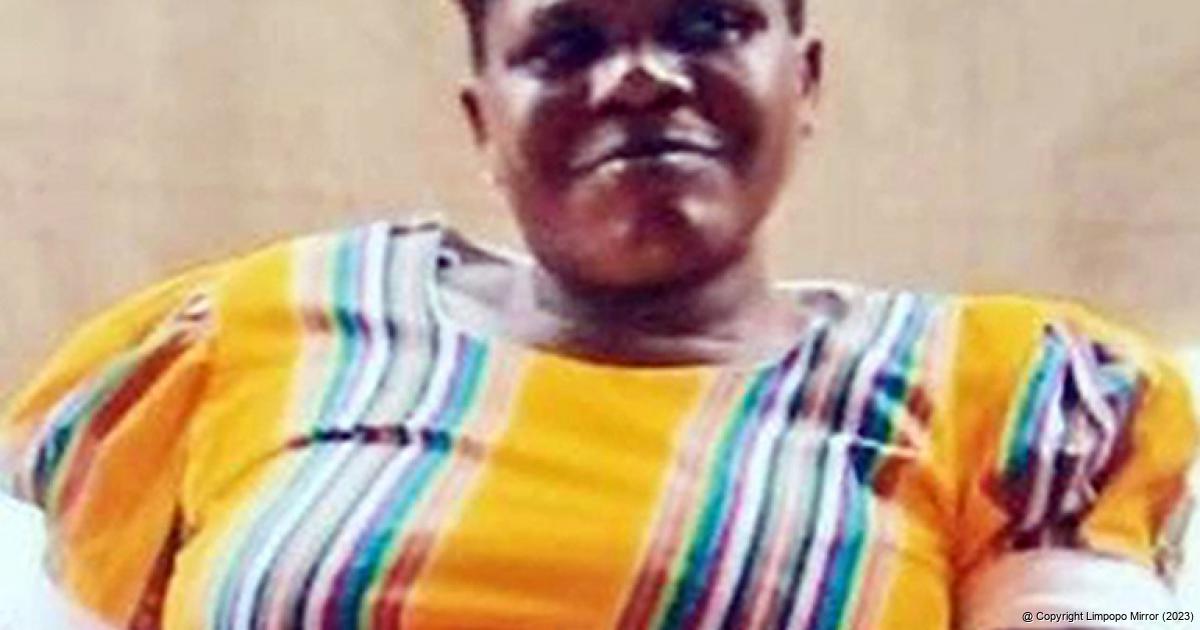 The late Azwinndini Nduvheni, a disabled woman from Ngalavhani village, who was found murdered in her bedroom on 10 April. Photo: supplied.

The Nduvheni clan, also called Vhambedzi Vha ha mutwa u tshila, from the Ngalavhani village near Matavhela in the Mutale area, are still heartbroken over the murder of one of their beloved family members.

Ms Azwinndini Joyce Nduvheni (55), who was born crippled, was found murdered in her house on Sunday, 10 April. She was a well-known dressmaker in the area, working in Tshilamba town, where she and others rented a workshop.

Her elder brother, Mr Tshilidzi Nduvheni, told the media that the family started to get worried when Azwinndini, who lived alone in her house at Ngalavhani, did not show up for church that Sunday morning. They tried to phone her, but her phone was switched off, so Tshilidzi went to her house to look for her.

When he got there, the main door of her house looked like it had been tampered with, as if someone had forced it open. He went inside and found his sister in her bedroom. She was naked, lying on her bed with bite marks on her right hand and her nose was slightly bleeding. She was clearly dead. “I suspect that my sister was murdered because the bite mark on her hand looked like a sign left by the killers. The chain that was used to lock the front gate was found under the table and a [panga] was found next to the TV in the living room. Her two cellphones and an undisclosed amount of money were missing,” he said.

After consulting some of the family members, he called the local Mutale police, and an inquest docket was initially opened.

“I nearly fainted when I discovered that my sister was dead. I had last spoken to her just the previous night, hoping to see her at church the next day. I felt deep pain because she was defenceless against whoever it was that killed her, as she was disabled,” Tshilidzi said.

He said that the Nduvheni family suspected that her murder was motivated by the fact that she had collected money from the vetkoek stokvel, called tshitokofela tsha zwikonsi, earlier on the day of the incident, and that the killers had had their eye on those funds. “My sister was still chanting and sharing Bible verses with her friends at midnight on that night, little knowing that it was to be her last day on the earth.”

Limpopo police spokesperson Lieutenant Colonel Mamphaswa Seabi confirmed the incident and said that the deceased had been taken to the Tshilidzini Hospital for a post-mortem. When the post-mortem indicated that the deceased had been killed, the inquest case was amended. The police are now investigating a case of murder. No one has been arrested yet.