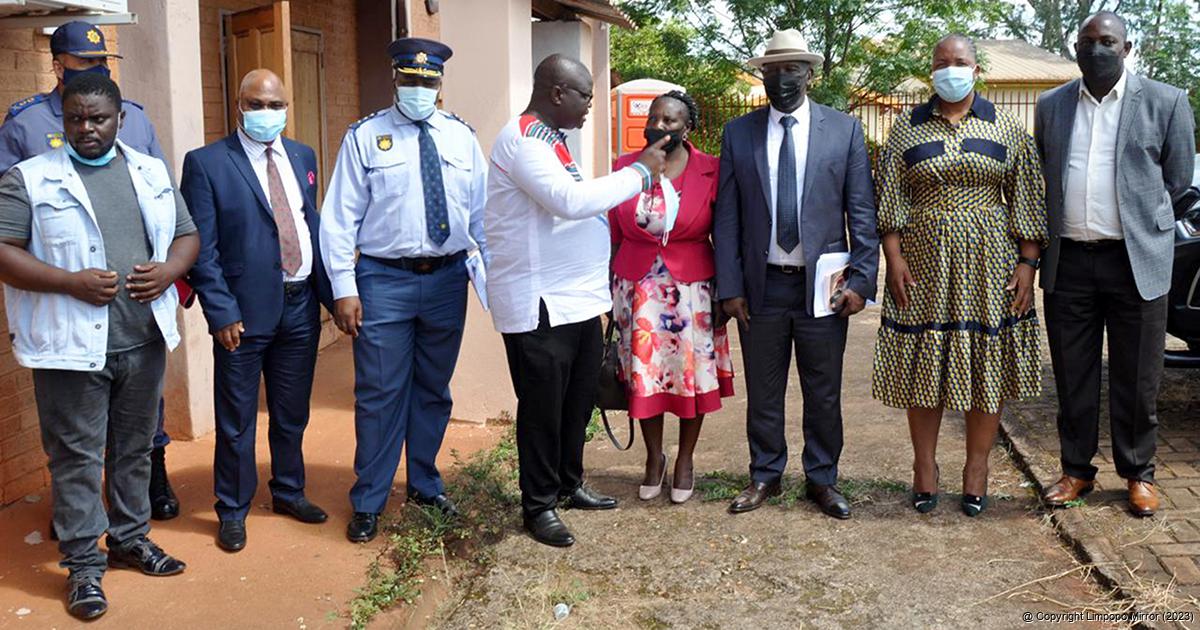 Minister Bheki Cele (with hat) poses with the various stakeholders during his visit to Vhembe over the weekend. Photo: Elmon Tshikudu.

Sexual violence cases should not be dealt with by traditional councils

This was during an event that saw different stakeholders come together to speak about the increase in gender-based violence in the area. The role players included the Department of Social Development, led by MEC Nkakareng Rakgoale, station commissioners, leaders of faith-based organisations, district and local mayors as well as community structures.

The organiser of the event, Mr Calvin Nengudza, said that the recent crime statistics released by the police had shown a very disturbing picture regarding crimes against women and children. Nengudza is also the vision holder and founder of the Real Man Foundation.

“We have, over a period of time, worked on many cases where woman and children were victims. Day in and day out we see women raped, maimed and also killed. We cannot keep quiet and pretend nothing is happening. We have to stand up and have our voices heard, telling the whole world that enough is enough,” he said.

Nengudza said that they had embarked on a campaign where they visited churches, traditional councils and any platform they could find to make communities aware of the scourge.

Speaking during the event, national Police Minister Bheki Cele said communities and families were partly to blame for the rise in these crimes. “We are putting all emphasis and focus on educating the girl child about life, while leaving the boy child all by himself. It is time now we also help educate the boy child to realise his role in society.”

Minister Cele warned against a tendency to try and resolve cases of sexual violence at local level, especially within the ambits of a village or town. “These cases should not be solved at home or at traditional councils, but should be reported at police stations. I am now also making a call to all police officials not to refer these cases back to families, but to open them right there at the police station, where they are reported,” he said.

Church leader Dr Maxwell Masakona of the Calvary Christian Church called on all to support the Real Man Foundation for the good job they were doing in the community. He donated R1 000 and challenged others to do so or better the amount. Cele also donated R2 000 and several pledges were made to support the organisation.