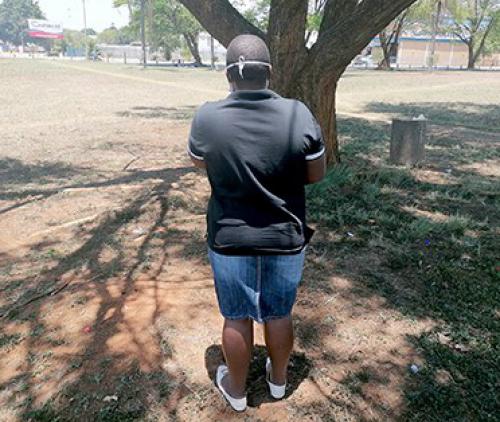 Tshiamiso can no longer visit her relatives in Zimbabwe because of the high cost of travelling back and forth.

Raw deal for Zim travellers on both sides of border

The cost of travelling from South Africa to Zimbabwe and back has skyrocketed over the past year, to such an extent that travellers can barely afford it anymore.

Conditions for traveling to either of the countries include having a passport that has a permit and producing a negative Covid-19 certificate. Testing for Covid-19 to obtain a certificate alone amounts to R850 in South Africa and $60US (about R900) in Zimbabwe.

These strict conditions, however, seem to have prompted a lucrative business for bakkie owners in both countries who make good use of this opportunity. As many travellers use the undesignated port of entry along the Limpopo River to avoid these costs, bakkie owners in Musina line up to take them there.

Last month, Tshiamiso (not her real name) decided to visit her relatives in Gwanda, Zimbabwe. She is a South African resident who lives in Louis Trichardt. Under normal conditions, she pays R680 at Beitbridge Border Post for the whole journey and arrives at her destination early during the day.

“My mother is a Zimbabwean and my father is a South African. I have a South African passport. Before the outbreak of Covid-19, I regularly travelled to Zimbabwe and back. The cost was very reasonable then, and not as risky as it is now,” said Tshiamiso. She must visit her relatives on a regular basis, but as things stand, she fears she cannot afford it anymore, leaving her caught between a rock and a hard place.

“In October I arrived early in Musina and was approached by a bakkie owner who offered to take us to an illegal crossing point 30km west of Beitbridge Border Post. We, along with our groceries, were packed like sardines at the back of the bakkie,” she said.

The trip from Musina to the illegal crossing point cost them R250, with an additional cost for luggage. The minimum cost for a bag is R30, depending on the weight. If the bag is too heavy, one is compelled to pay more. Luckily, Tshiamiso only had a small satchel, but she did not feel safe, squeezed in with the other passengers. She feared that they might all get robbed.

“As we arrived at the illegal crossing point, there were three other bakkies full of people traveling to Zimbabwe. We off-loaded our bags and walked across the river to Zimbabwe, where we were met with yet more bakkie owners waiting on that side,” said Tshiamiso.

From the illegal crossing point to the Beitbridge-Bulawayo road they paid R250 for transportation and another R250, Tshiamiso was told, to pay police officers, so they do not get arrested for using illegal routes.

“On our way we met three men dressed in Zimbabwean police uniforms. We are not sure whether they were real Zimbabwean police officers or not, but we were stopped, money exchanged hands, and no one was arrested,” she said.

Tshiamiso used the same route and means to return to South Africa, having to cough up the same amount. The whole journey cost her a total of R1 500, which is still cheaper than going through the legal routine.

“This is ridiculous. Both governments should take steps to lift some of these conditions. My religion does not allow me to get tested for or vaccinated against Covid-19. It is considered a taboo. I need to consult my elders before being vaccinated,” said Tshiamiso.