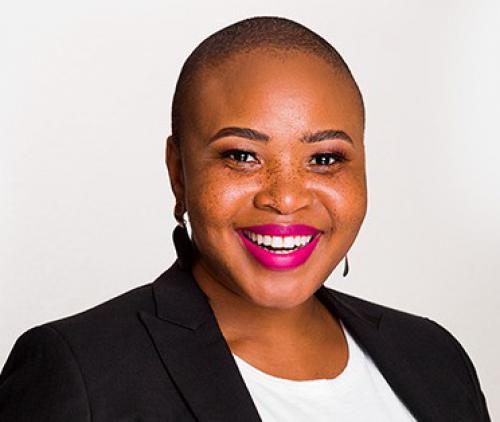 Hulisani Ravele has become a household name in the entertainment industry. Picture supplied.

Women should put themselves first

After 24 years in the entertainment industry, Hulisani Ravele has become a household name. Her career in broadcasting is one most can only dream of. She started out as the infectious Cici on every kid’s favourite television programme, YoTV on SABC1, which she hosted for a full eight years.

Hulisani was born in Soweto, although her home is in Nzhelele. She has gone from child star to hosting the heartening 947 Weekend Breakfast with Hulisani show on Saturdays and Sundays. She speaks fondly of her journey to success as part of Momentum’s Success Films, broadcast on social-media platforms, and says she has always been fascinated by TV.

“One thing I distinctly remember as a kid is that I had a fascination with the TV,” she said. “I thought that you could just open the back of the TV, climb inside and be a part of the show,” she laughed, remembering.

She says that YoTV was a ground breaker in its own right as it was unscripted and youthful. “To be trusted as a young presenter to do live television was unheard of,” she recalled. “You had kids entertaining the nation for hours. It was just you, being yourself, and that was the challenge.”

While Hulisani has always been outspoken and confident, she says that being a young woman in the entertainment industry has its snags. Societal standards and cultural barriers where women are not seen or considered successful unless they are married are issues many women still face today.

“I remember a certain conversation on social media that essentially stripped me of every achievement I ever had in my career and as a woman because now a man was no longer by my side,” she said.

After this incident on social media, she decided to start a ritual to remind herself of what is really important in her life. “I started doing this thing for myself that said, on the first of every month, I’m going to put myself first and do something that I want to do for me, no matter what it is,” she said.

One of the first things she did was jump out of a plane and she loved it. “It was a reminder of how I wanted to step into the next chapter of my life and show up for myself – fearless, courageous, and putting myself first in everything that I do.”

Unstoppable success means three things for her: purpose, power and impact. “Once you discover your purpose, you step into your power, and then you can just sit back and watch the impact,” she says.