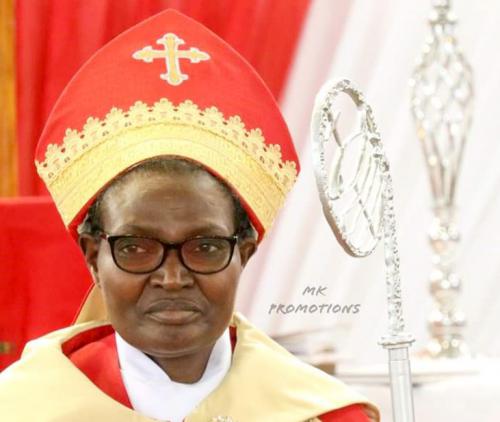 First female bishop of the ELCSA

While growing up in a family that does not go to church, Naledzani Sikhwari never thought that she would one day become the first female bishop of the Evangelical Lutheran Church in Southern Africa (ELCSA) in the southern parts of Africa.

Back in the days when attending Sunday School was compulsory at schools, Sikhwari was forced to attend to avoid getting a beating at school. She hails from Khalavha village in the Nzhelele area.

On Sunday, 23 May, she was ordained as the ninth bishop of the ELCSA, during a function held at the Ngoako Ramatlhodi sports centre in Seshego. Her inauguration followed the death of bishop Nditsheni Edwin Khodoga, who passed away last year on 11 April after a long illness.

“I received training at the University of Natal/Pietermaritzburg, the current UKZN. After that, I was ordained and served at the Carlsruhe and Kgapane parishes and then became the first female dean. As dean I served a full two terms and, during my third term, I was elected into the position of bishop of the northern diocese,” she added. This makes her the first female bishop in the ELCSA in southern Africa.

Bishop Sikhwari encouraged women to stop looking down on themselves. “I would like women to see themselves as equal to men according to God's creation. So, women should not underestimate themselves. Their gifts are as important as the gifts in men, but again, women should support women leaders,” she said.