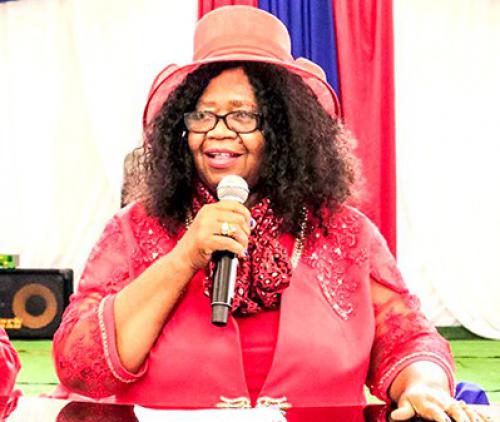 Pastor Ragimana will be remembered

The late Pastor Matsidiso Evelina Ragimana of the Living Gospel World Mission Church in Tshilivho, Ha-Makhuvha, will be remembered as a carer for the poor and vulnerable in society.

Ragimana (74), died on Friday, 19 February, after a short illness. She was buried on Tuesday, 23 February at the Tshilivho’s church premises under strict Covid-19 regulations.

She was the wife of the late founder of the Living Gospel World Mission Church, Dr Maswole Petrus Ragimana, who passed away in October 2019.

A teacher by profession, Ragimana has spent a number of years in the education fraternity, until the early 70s, when she joined her husband at his ministry.

“In 1977 she and her late husband invited Evangelist Reinhard Bonnke to host a gospel crusade in Venda. This led to the formation of a group called Sibasa Gospel Preachers to assist those who gave their lives to Jesus and to reach out to lost souls in fulfilment of the great commission which was their passion,” said Mr Tshamano Makhadi, the family spokesperson.

He said that, after her husband yielded to God’s call to start a new ministry in May 1997, she supported him with everything in the formation of the Living Gospel World Mission Church, and today the church has grown in and outside the boundaries of South Africa with over 50 churches and over 200 churches in African countries.

“Her love for children and community development through encouraging education, was among her contributions. Across the African continent she leaves behind a legacy of a savant, who devoted her life to the principle of service to God’s people,” Makhadi said.

Ragimana is survived by three children and seven grandchildren.