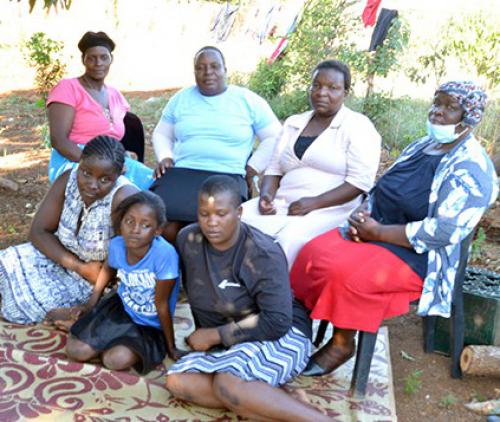 Ms Nyamutshagole Mudau (seated on the chair on the left) with some of the family members, mourning the death of Rembuluwani Mudau.

Young man drowns while trying to save friend

A young man’s efforts to save his friends from drowning ended tragically when he himself drowned.

Rembuluwani was a Grade 10 learner at Azwifarwi Secondary School outside Thohoyandou.

Limpopo police spokesperson Brigadier Motlafela Mojapelo said the tragic incident happened at about 14:00. Apparently, Rembuluwani spotted that some of his friends were in trouble in the water. He tried to save them from drowning, but in the process he himself drowned. The other boys managed to get out of the water.

A spokesperson for the family, Ms Ndivhudzannyi Nancy Mudau, said the family was still saddened by the untimely death of Rembuluwani. “He was in such a good mood that day and decided to go swimming with his friends,” she said. Mudau added that he was a young man with big plans for his future and he took his education seriously. “His dream was to study towards a degree in engineering after passing matric,” said Mudau.

He will be buried on Thursday (17 September) at Mbaleni cemetery. He leaves behind his mother, Vho-Nyamutshagole Mudau, and his sisters, Zwanga, Lutendo, and Denga.