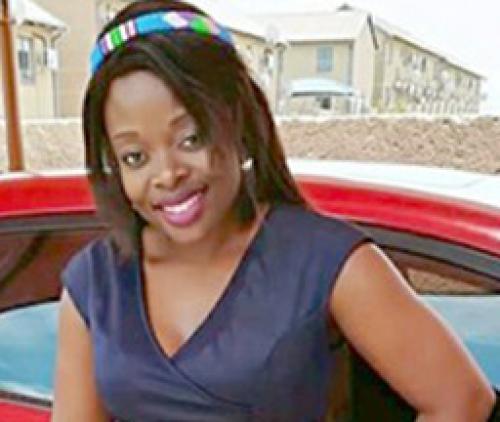 Hundreds of people gathered at Mshongoville, Musina, to pay their last respects to Aamina Violet Milanzi (37), who passed away last Monday.

She was buried according to her clan’s tradition last Wednesday at Musina. She was a political activist and a community builder who was involved in a number of projects that were aimed at developing the people of Musina and beyond. She was described by many as a loving person with a smile that could brighten even the darkest room.

Violet was born and bred in Musina and matriculated at Eric Louw High School in the year 2000. She became a LoveLife Ground breaker where she worked as Disaster Risk Officer responsible for risk reduction, counselling, rehabilitation and resource mobilization.

In 2005, after her four-year stint at LoveLife, she was employed by the Department of Cooperative Governance, Human Settlements and Traditional Affairs (CoGHSTA) as a community development worker (CDW), where she worked until her death.

As CDW she was responsible for, among other things, ensuring that the poor and vulnerable gained access to government services, helping people with different challenges and helping local organizations to build partnerships with the government. She would also assist with consultations, research and spreading government information to people. She performed this function effortlessly and with distinction.

She became a member of the South African Youth Council and she was tasked to deal with disaster risk reduction. Violet became part of the first board of directors at the initial stages of the formation of Musina Community Radio. After the radio station obtained its broadcast license, Violet was moved to management and she became the first manager for administration of the radio station.

Politically, Violet was elected to serve in the regional executive committee (REC) of the ANC in Vhembe Region between 2006 and 2009. In 2009, she was elected to service young people in the Vhembe region as deputy chairperson the ANC Youth League. Violet worked meticulously in all positions of responsibility assigned to her. Violet understood to the bitter end that she was in the struggle to serve the community and not for self-enrichment - hence her strong distaste for corruption.

Violet was an ardent reader and after her matric, she obtained the following qualifications: National Certificate in Community Development Work with the University of Venda, Diploma in Public Administration with Oxbridge Academy, Programme in Human Resource Management (NQF 6), a certificate in Intermediate End User Computing with Mass Computer Training and FET College, a Diploma in Disaster Risk Management with Southern Business School and a Bachelor of Business Administration in Disaster Risk Management.

She is survived by her brother and her daughter, Thandeka.