Veteran reggae icon Colbert Mukwevho’s son, Junior Mukwevho, aka Kode La Mayor, is fast becoming a renowned musician in his own right. He is a raw Trap rapper, channelling his experiences into his music that lends a uniqueness to his sound.

Despite coming from a long line of musicians and being exposed mostly to reggae, the 18-year-old singer, songwriter and producer from Manini in Thohoyandou grew up with a dream of his own. He recently released his first album, titled Dracos and Choppas, which already seems to be stirring things up on social media and YouTube. The album contains six tracks, including DC, Rearview and Next flex (featuring his brother, P. Postman).

He explained that “Dracos and Choppas” is a term used for hustle and survival. “Many see it as violence, but I see it as fate. My image is unapologetic, but has peace and humanity within,” he said.

“As a result of being born into a musical family with a long history of all kinds of genres, I have taken my experiences in the various genres I grew up listening to and fused them to create my own unique sound in hip-hop and trap music,” he said.

Kode La Mayor started playing instruments and doing digital music productions at the tender age of seven. His music talks a lot about pain, rage and struggles. His first stage appearance was in 2012 at the Lion and Son O’ Lion concert in Newtown, Johannesburg, where he played bass. He was just eight years old then.

He is signed with Lion Voice Empire, a record label formed by him, his brother, P. Postman and his two sisters, Ali and Rudzi.

“What makes my sound so different and complex is me adopting all the elements that I fell in love with in music. My inspiration comes from the likes of Bob Marley and Young Thug, and I’ve come to realise that I actually get my versatility from my brother,” he said. 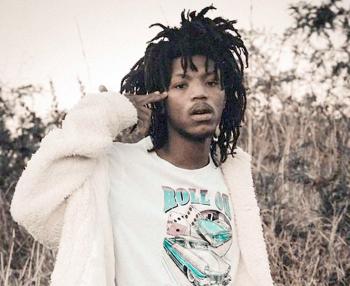