Phumudzo Budeli (25), known as “Tido SA” in the music fraternity, is a rising young star who took refuge in music from an early age.

The young artist, residing at Tshirenzheni, said everything began with his using empty buckets and tins as drums. “That passion for music lasted for years, until one day my big brother, Khathutshelo Budeli, who is a rapper himself, noticed my love for music and started teaching me how to rap when I visited him. I consider myself lucky to have learnt from him.”

The school environment served as a fertile ground for cultivating Phumudzo’s music. When he was in Grade 6 at Tshirenzheni Primary School, he would sing to his school friends during breaks and receive a round of applause for his performances.

“I joined a musical group later on. This group formed part of community projects that aimed to keep the youth off the streets,” he said. “That’s where I fully honed my skills as a rapper.”

Today, Tido SA is a respected rapper and singer. He also plays the bass guitar. “I learned to play the guitar when I was a member of the Bride Fellowship Church under Pastor AC Nthangeni at Tshirenzheni village,” he said. “I am a God-fearing youth who has found his social footing in music.”

In 2009, he started writing songs. He would sit outside his house and sing and rap, and soon his friends joined in to sing along with him. Since then, he has grown as a singer and has released his hit song, Mulalo.

“I started getting rave reviews on online music platforms and earned myself a few interview slots on local radio stations,” he said. “I wrote and recorded Mmawe Vhaya Kondelela, a song that touches on the importance of mothers.”

Tido SA is currently working on a full-length album, titled Ngoma Dza Tshivenda. “The album deals with everything that’s happening in our world now, and is still to happen in the future,” he said.

This young artist is available on social media platforms (Phumudzo Tido Wa Gsr). He can be reached on Tel 072 828 7736, or emailed at budeliphumudzo3@gmail.com. 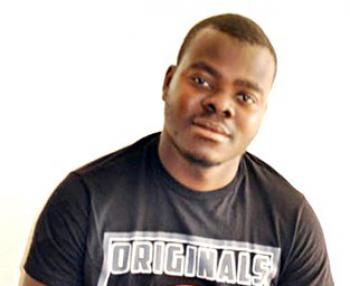