“Beware of fake friends and girlfriends.” This is the strong warning from Azwinndini Mulaudzi, better known as Basha Buluvhutsi in music circles. This free advice comes from Basha’s latest offering, Ala Nama, which was released two months ago.

Basha (44) hails from Tshidzete in the Lwamondo district. He said that he felt advising other people against fake friends and girlfriends, or women who come close to people because they want something from them, was important. “I decided to write this song in order to warn people against friends who will only come closer to you when there is something that they want from you. As I have experienced first-hand, like bees, such fake friends disappear immediately when they realize you can no longer offer what they were getting from you,” he explained.

“I have a long-time friend and we grew up together at Lwamondo. We were so close to each other, to an extent that we shared everything. He then asked me to assist in getting a job at a security company that I was connected to as I am also a full-time security officer,” said Basha.

“Unfortunately, I lost my job and things turned bad for me. But by that time, my friend was doing well, and he was occupying a senior position at work. When I asked him to pick me and help me to get a job, he told me straight that he never thought I would ask or expect him to return a favour one day because I helped him. Although I accepted his position, to me it was bitter pill to swallow, which pained me for many days,” said Basha.

Besides fake friends, Basha said that some women fall for men because of the perceived material benefits. “Such women will suck your money until it runs dry, and once that happens, they run away,” warned Basha.

Basha has been in the music industry since 1994 and he has worked with people such as Condry Ziqubu, Mateletele Jimmy Da Schacher, and now Deejay da Vinci of Masana Records, where he recorded his third album. Other songs on the album are Mudzimu, Tshigubu and Bege ya Mutshovhotsho, which is a hip-hop song. All other songs are dance songs, mixed with Amapiano. 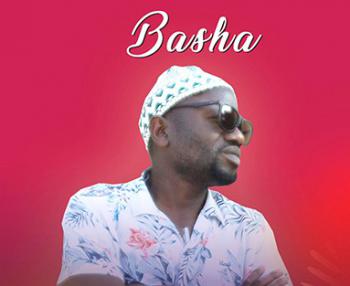