Marubini “DJ Ray” Siphugu from Gogobole in the Sinthumule area has just started his own online radio, called Matsila Online Radio, and he is very excited about the new journey ahead of him.

His passion for radio and the desire to share his wisdom with the nation have propelled him to seek exposure and airtime on many radio stations - with no luck. But this determined go-getter did not despair. He took every rejection as a blessing and was adamant that nothing would silence him. He continued broadcasting to his followers through his Facebook account; often from his car, which he had converted into a mini studio.

DJ Ray realised that, where there is a will, there is always a way and so, with the help of the community, he started his own online radio station with DJ Khakhathi Mawela from Sereni, known as ‘Rambo la Dongi’. The radio station initially started out as MZ Radio, but they decided to change the name to Matsila Online Radio. This is one of the few online radio stations in the Vhembe area.

He believes in nurturing talent, but most importantly, in empowering the youth. The station now serves as a bridge between the community and their traditional leaders and boasts 12 programmes, presented by local talents, which run daily.

DJ Ray himself presents the Afternoon Drive Show from 16:30 to 17:00 weekdays. He said that many other online radio stations existed, but that his was unique. “It’s an ‘online community radio station’ where listeners are catered for with all kinds of community issues and happenings,” he said.

When he is not behind the microphone, DJ Ray works at Vhembe TVET College at Mashamba Campus. He believes that the current situation in South Africa and abroad posed by Covid-19 can only be eliminated if the country reaches herd immunity, so he urges the youth and all eligible people to get their jabs. 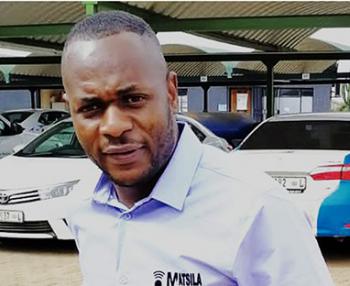