'I love people, but they don't love me'

These are part of the lyrics from Evans Mudau’s new single, titled Ndo vhaisala. Better known as Jah Rubza Vhadau in the local reggae music fraternity, Mudau released his single last week. He explained that he had released the song after learning from his personal life experience that some people did not appreciate what others did for them.

“I have seen this in life that most of the time, people take advantage of kind-hearted people who keep on helping them. I have personally assisted a lot of people, but few of them appreciate what I have done for them. Through this song, I want to encourage people to appreciate the good things that others do for them. In so doing, it will encourage good people to keep on helping those who are less fortunate in life,” said Mudau.

The reggae music star, who draws his inspiration from Bob Marley and Colbert Mukwevho, said that he composed his music about things that he personally observed in his home border town of Musina. “Rather than entertainment, I believe that music should serve as a life educational tool to the listeners. Each song should have a theme from which people have to learn something after listening. That is why it is very important for me to educate people with every song that I compose. I therefore encourage other musicians to use their music as a source of inspiration to build the communities.”

Mudau is not a newcomer in the reggae music fraternity. He has released four successful albums and singles in his 20-year music career. He has also previously worked with artists from his hometown such as DJ Godzilla, Recky Moyo, Obi Nkanyane and Robert Ramphabana.

He is happy that his fans are impressed with Ndo vhaisala. “The response is massive, and the song is all over Musina, especially on public platforms like taxis and local shops.  It is also encouraging to note that the radio stations are giving the song some airplay.” 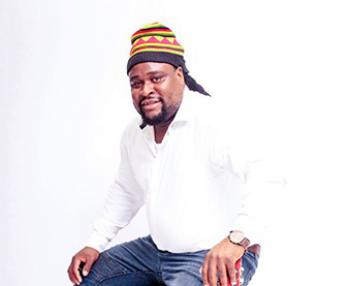