Victor Shiburi, known in the radio fraternity as ‘Big Change’, has a knack for mesmerising thousands of radio listeners with his soothing voice.

He is a radio presenter for Giyani Community Radio (GCR) who fell in love with radio when he was a little boy. He wanted to make such a great impact by creating a solid relationship between presenter and listeners that his name would resonate right through the industry. Which is where the name ‘The Big Change’ comes from.

“I joined GCR some six years ago,” he said. “I had all along loved radio and used to listen to the legendary radio personality Jimmy De Scratcher from when he worked at Radio Thohoyandou, before it merged with Phalaphala FM.”

He remembers that, even during class while he was in Grades 8 and 10, he found himself imitating the DJs on radio, much to the delight of his fellow pupils. “I’ve been a radio junky since I was a little boy, because I would listen to the radio DJs and record them on devices so that I could imitate them after the show,” he said.

Big Change, who has just been nominated for the Local Arts and Media Awards 2021, has such a popular personality that he was deployed to host GCR’s breakfast show in 2015, and still presents with co-host Teeroxtaa from 06:00-09:00 weekdays.

“I enjoy and love radio so much, and I have learnt so much from it,” he said. “I still host the biggest and most challenging programme. Discipline and focus are what keeps me going.”

He said that the secret to broadcasting was thorough research. “Research is an important factor. As a broadcaster, you cannot go on air without proper research on issues or topics you are going to tackle, or else you are bound to deliver a poor presentation,” he said. “Your audience needs something fresh every day, something creative. So, it is best to prepare thoroughly before going on air. That way, you will always satisfy your audience.”

He attended Nkhensa Primary School, matriculated from Rivubye Secondary School in 2009, and obtained his media diploma from Kundani Media College in Louis Trichardt. 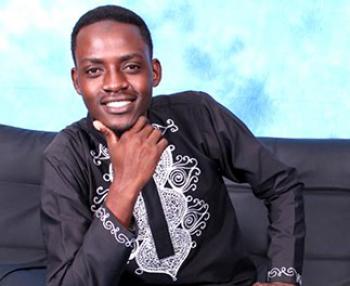