Thendo is breaking the stereotypes of reggae

The saying that a woman’s place is in the kitchen is fast becoming outdated as women are quickly making inroads into the local reggae music fraternity. One such pioneer is none other than Thendo Beauty Ragimana of Makonde-Shadani, north of Thohoyandou.

Better known as Thendo in the entertainment industry, Ragimana has emerged with a mighty sound with the release of her debut four-track album titled Vhafumakadzi.

Thendo, who started her music career as a backing vocalist for reggae sensation Shufflers, has now become the new kid on the block, as her music is easily penetrating the tough entertainment industry. Several radio stations have already been giving the title track, Vhafumakadzi, continuous airplay.

The new star said she was surprised by the kind reception of her first album in the music industry. “I never thought my music would make such a huge impact as I was just entering the recording industry. This is a demonstration that music lovers are happy with the rise of females in this male-dominated reggae music industry. The fact that I was well received by fans has given me more energy to work hard to build my musical brand.”

On Vhafumakadzi, Thendo urges the community to treat women with love and affection.  “A lot of women have fallen victim to the people who are supposed to love them. Women are abused and killed daily in our country. I’m trying to send a warning message to the abusers to refrain from their bad deeds and start to treat women with dignity.” In the song A zwi todi na muthu, Thendo is trying to advise people to respect other people’s privacy and relationships while in Ditanganedzeni, she is urging people to accept themselves for what they are. The fourth song is a dub version of the title track.

Thendo’s music is available online and she is also available on Facebook (Thendo Beauty Ragimana) and on 0724545557 (voice calls and WhatsApp). 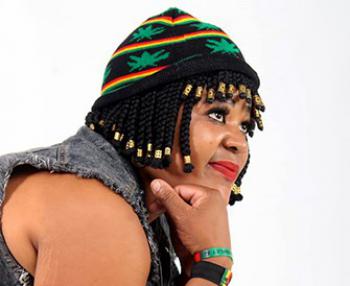 Thendo Ragimana has made a grand entrance into the reggae music industry with the release of her debut album titled Vhafumakadzi. Photo supplied.