VenRap artist Darkface Muvenda is bubbling with excitement after being notified about his nomination in the Mzansi Arts and Media Awards (#MAMA2021) in the Best Hip-Hop category.

“This is my first nomination ever, and I have received the good news with a happy heart,” he said. “As artists, we work very hard and nominations for any prestigious award means a lot to us.”

Darkface has been on a mission to promote the VenRap genre and his contribution towards the Venrap music genre cannot go unnoticed. He feels the time has come for the music industry to notice him for the talent that he possesses as an artist.

“I have been singing for the past 18 years, but I started doing it professionally in 2019,” he said. “What I discovered as a singer was that one needs to be creative and write one’s original songs, so that the very songs get to be appealing to those who buy and appreciate our music.”

He came to realise that music had become his soul food. He added that, in the Venrap genre, they did not just utter verses or lyrics, but they were in the industry as artists who wanted to contribute towards the building of communities. “We need to strengthen the moral fibre, so that we know that we have a sound society,” he said

Music played a huge role in shaping his perception of the world. “Different songs carry different messages,” he said. “If you are able to accept the messages that are positive, you then get to have a formed worldview. Some of us sing against xenophobia and crime. That makes our art relevant to today’s societies.”

Born Langi Maboho and hailing from Tshififi village, this hip-hop music promoter is the founder of the Venrap Music Association that advocates and protects the rights of Venrap artists countrywide.

“We ensure that we protect artists from exploitation and provide them with industry guidance whenever they require it,” he said. “We are very aware that Venrap is rich in lyrics and sound versatility, and we are very proud of our creativity as artists.”

Those interested in voting for Darkface Muvenda to win the MAMA award can do so by sending an SMS: MAMA 937, to 40439. Each SMS costs R2. People can vote as many times as they wish. 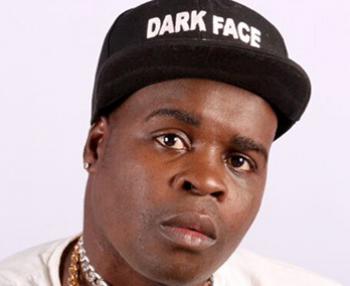