Multi-talented Otabella about to release a new single

Beatrice Swalarsk-Parry, otherwise known as Otabella, is an excellent theatre practitioner and vocalist whose lyrics are fresh and authentic.

Otabella originally comes from Tshivhulani village, but is currently based in Pretoria where she is studying. She had discovered her talents at a very young age when she used to help her father in the church’s choir.

“My family is also musically orientated, and we don’t mind humming a tune or belting out lyrics together in the kitchen or living room,” she said. “We are always singing together, and especially now during the lockdown, when we find ourselves having less to do but to bond as a family through music.”

She embraces music as her calling and cannot imagine leading a more meaningful life than the one she has discovered as a musician.

“Music to me is sending out a message in a different form. It’s giving melody to different ideas,” she said. “It’s a voice for the voiceless. It can help fight battles that no one wants to address in our society at this point. It can also heal and unite the masses.”

While she has no specific mentor in her musical journey, she is largely inspired by vocalists like Elaine, Kelly Khumalo and Lira. She had previously worked with the late Sibusiso Khwinana, and sang as back-up for Rebecca Malope and Didintle Khunou.

“Yes, I am from the same country as these artists and I love them,” she said. “Their work is a clear representation of their culture and humanness. They allow the ethnicity to shine through their musical projects, so they are ambassadors of their respective cultures.”

She had also shared the stage with P Dot O, Bonafide Billi and Chad da Don in a musical play called Freedom by the artistic director of the South African State Theatre, Mr Aubrey Sekgabi.

While she had graced many stages with her performance in most parts of the country, Otabella is looking forward to the release of a single from her EP on 18 February this year.

She had recently graduated with a media practices qualification via Boston Media House. “I feel ecstatic knowing that I am one step further on the path of my career, and that at this point at least I have something to my name,” she said.

Otabella can be followed on social media platforms. 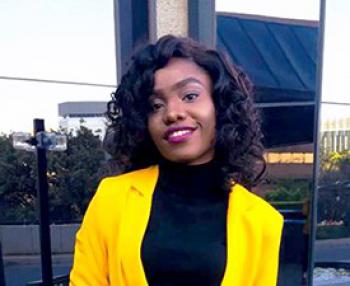