Anyone who wants to connect with Tshivenda traditional gospel music must take time to listen to the latest (12th) album of Ndivhuwo Zacharia Munzhedzi, of Munzhedzi and the Tshamutilikwa UAAC Choir. The album, entitled Hu divha Mudzimu, will automatically get you dancing as the beautiful voices and the traditional drums (tshigumbu) bring you closer to God and the heavenly angels.

Munzhedzi is famous for popular songs such as Hasha Mulilo and Joel Muporofita, which are the favourites of Black Leopards fans, who joyfully sang them during soccer matches before the government-imposed lockdown regulations. He calls his type of gospel music Apostola.

A legend in his own right, Munzhedzi has also produced five successful gospel music videos. He has twice been nominated for the Tshivenda Music Awards (Tshima), in 2013 and 2019 respectively. He has also made impressive appearances at big musical gigs such as the Royal Gospel Music Festival.

He says although the outbreak of the coronavirus has had a negative impact on people’s lives, to him this was a blessing in disguise. “Because of the movement restrictions, I had all the time at my disposal to work on my new album. That is why I also included the song Corona on the album to spread the message to everyone that the pandemic is still with us. On the album, I remind people that we are physical beings, and we did not know that we would have this pandemic, but we could not change the plans of God because He is our Creator. We should just thank God for everything and ask Him for protection against this brutal pandemic.”

He adds that he is happy that his latest album is receiving massive airplay both on national radio and regional radio stations. “The demand is also huge, and it gives me pleasure that my fans are buying original music instead of copying. For those who are far, they can also get my music in all major online stores. For public performances, music sales and bookings, I’m available on my mobile number, 0731552315, or Facebook page (Munzhedzi & Tshamutilikwa UAAC Choir). 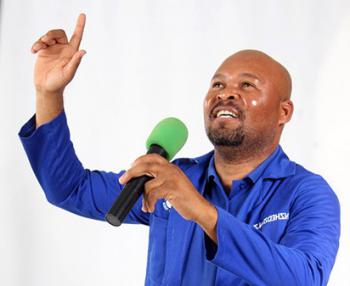