The emergence of Vha B

The music scene has been inundated with new voices and being a witness to this kind of artistic growth and expansion is heart-warming. One worrying aspect, however, is that most voices forget to be innovative and strive for being unique.

Finding a unique voice in the person of Nobuhle Beauty Masindi, who is quickly climbing the music ladder as an Afro-house singer, known as Vha B, is therefore refreshing.

“I am new in the music industry, but those who love my music are making this limelight feel so good to me,” she said. “It’s the best time for me to continue refining my music to ensure that I stabilise and consolidate my own voice.”

Vha B kept music lovers singing along and dancing indoors at the height of the national lockdown with her track Muthannga wa maPiano. The track is still an anthem today, and it will not be surprising if people will be still singing along and dancing to it in the next five years, for it contains all the elements of a classic. The songs that followed are No no vhalela and Khotsi fhatutshedza.

The unfortunate part is that, since Vha B released her megahit during the lockdown, most people had not had an opportunity to get to know her, since the staging of all shows or public performances were not allowed during the lockdown. “I hope to make my mark and my presence felt in the industry,” she said. “I feel that the time is now.”

“Music heals our souls; it unites people, and it brings different cultures together,” she said. “So, I feel being honoured to be taking part in unifying and entertaining our community through music.”

Vha B realised that she had a singing talent during a child’s birthday party. She was given a microphone connected to speakers and urged to sing. “From that point on, people started praising me, saying that I was talented and gifted and that I should take my singing seriously,” she said. “It’s then that I started making contacts with some studios and music managers who were not willing to help, saying I was still young.”

However, she met some youths who were also recording their songs, and they featured her on one of their song. She felt that she could not make her presence felt because she was not the main artist. “As time went by, I recorded more songs in different studios, but they would tell me that the project had vanished from the system or else they were still developing them,” she said. “Like I said, the time is now for me to dish out more of good, entertaining and educational music.”

Vha B’s Muthannga wa maPiano was recorded at Ballitainment Studios at Ha-Ravele village. “I was also excited because it was my first time doing Afro-house,” said producer Ishmael newBreed Rammbwa. "It was a bit challenging for both of us since she sang RnB before. Arrangements from both genres are totally different, but we managed to do it so successfully, arranging melodies and lyrics.” 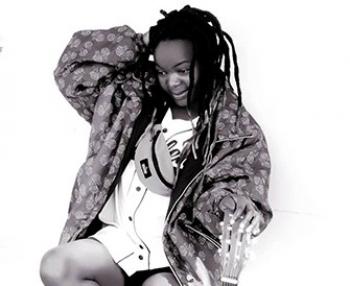