The bishop who loves Rhumba music

He is well known for his spiritual role as a bishop of the Gundo Zion Apostolic Church, but despite his busy schedule, he still finds time for his music career. Many people would expect this famous bishop to sing gospel music, but, amazingly, Mashudu Ramatsekisa feels comfortable when he sings rhumba (tshingondo) music.

The singing bishop has four successful rhumba albums under his belt. His latest six-track album, entitled Nyimele, was released in August this year. The offering, which has already started causing waves in the local music fraternity, contains the hit songs Mary, Mulondo nwananga, Nditsheni, Coronavirus, Zwitshele and Nyimele.

Ramatsekisa says he is happy because his new album is well received by his fans and the local radio stations. “I am really overwhelmed by the huge support. I am also encouraged by the sales of this album because people are requesting it daily. It is rare to find such a huge support for rural independent artists who are doing everything on their own. I thank God the Almighty because it is his grace and guidance that make me so successful,” adds Ramatsekisa, who hails from Ha-Munzhedzi in the Vleifontein area.

Ramatsekisa’s first album, Cellular, was released in 2016 and was followed by his second one, entitled Sialala, in 2018. His third one, Murena vha khou vhuya, hit the shelves in 2019. These albums earned him a nomination for a Tshivenda Music Award (Tshima) and a Limpopo Music Award (Lima).

Ramatsekisa explains why he is in love with Rhumba music. “I used to listen to this type of music when I was still young. When I ventured into the music industry, it was the only type of music that I understood. Although I was a leader of the Sunday school and church choir, I enjoyed singing gospel at church, but I would opt for rhumba when I did my album recordings.” 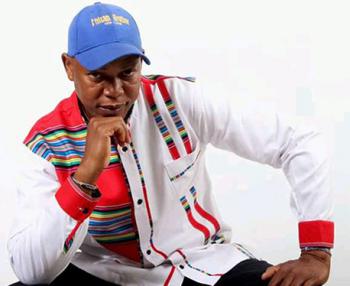