Down memory lane with Elvis Mandiza

The legendary musician Mr Nthatheni Elvis Mudau (70), known among music fans as Elvis Mandiza, speaks fondly of his musical journey through the decades.

Born at Ngwenani ya Mapholi village, he is the first-born child of Mr Makwarela William Mudau and Mrs Tshinakaho Mudau. Elvis herded cattle and goats when growing up at Ngwenani. He attended Tshidzini and Ngudza primary schools but did not pursue his secondary education after graduating from primary school.

“I am a self-taught multi-instrumentalist who ventured onto the music scene in 1961, by learning to play mbila,” he said. “In 1964, I learnt to play guitar, using a home-made guitar made of an oil container, plank, nails and telephone strings.”

He entered the music industry in 1976 as part of the band known as Bidela Singo & Malende Boys, alongside Bidela Singo from Mukula village. The band recorded a number of songs with a variety of record labels in Gauteng. Some of their tracks were recorded at the then Radio Venda’s studios in Louis Trichardt.

“We released an album entitled VV Botsotso in 1980, which sold over 17 000 copies, and the song Ni Ambara Sutu won The Radio Venda Nambi Ya Dzinambi Award (Best Vocal Group) in 1981,” he said.

In 2008, Elvis Mandiza released a solo album that was recorded by Zozo at Sengere Super Beat Studios. It was produced by Elvis Mandiza and his son, Edward Mandiza. “It comprised hit songs such as Vhahura, Tshikambe, Magaraba, Thevhele, Nwana uya lila, and Makhanane,” he said.

Out of his 12 children (nine girls and three boys), Acolly Mandiza (who is the second-last) is the only one who is taking the career of his father to the next level as a singer.

Today, Elvis Mandiza stays at Tshikambe village with his three wives, Vho-Esther, Vho-Mavis and Vho-Eunice. He is a successful vegetable farmer who also owns a timber plantation. 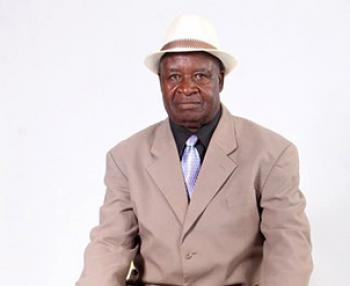