A bright light is shining in the deep rural village of Madimbo outside Musina in the form of Tshivenda hip-hop star Fhatuwani Munyai, who is better known as F Bouy in the music industry.

At the tender age of 23, Munyai is fast making a name for himself in the tough dog-eat-dog music industry. Despite all the odds, the young musician continues to put his rural village on the musical map.

“When you talk about Madimbo, what comes to people’s mind is the abundance of livestock like goats and cattle, because the village is located in the Niani area. However, there are many good things that are happening here which people do not bother to talk about. I will never allow my background to dictate my future. You can succeed despite the fact of coming from a deep rural village,” said Munyai.

An information technology student, Munyai dropped his 10-track album entitled Mubvakule in July this year. On the album, he features prolific artists such as Custer, MJ Mercy and Pro Heed.  “This is my second album and I am very happy that people are receiving it with excitement. The tracks on the album are Lufuno lwa mubebi, What is love, Pfarelo, Vho tuwa, Lufuno lwashu, Vha tamba ngae, Mathada, Goloi ya maspala, Dedication and Ma Ten Ten,” he said.

Munyai managed to bust the myth that hip-hop cannot be sung in Tshivenda. The artist, who was nominated in the Best Hip-Hop category of the 2018 Tshivenda Music Awards (Tshima), is committed to proving more people wrong. “The most important thing is to know what you are doing and giving yourself enough time to rehearse your music,” he said.

Munyai shot to stardom when he released his first album, entitled Vhusiwana, in 2017. “The album is still receiving airplay on various radio stations. It made people realise that Tshivenda hip-hop can easily compete with other music genres across the globe.”

He says his latest offering is doing well, but he encourages fans to buy music instead of sharing it among themselves on social media platforms. “When people buy our music, we get the much-needed resources that help us to sustain ourselves and to create more music.” 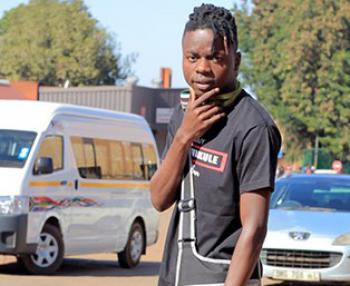