Vuwani reggae singer Bashy Jahbless has been nominated for a Golden Artist and Media Award (GAMA2020).

Bashy Jahbless, who was nominated in the Best Upcoming Artist category, says the nomination serves as a motivation for him and is a boost to his music career. “So far, I have been receiving lots of screenshots on my WhatsApp account and Facebook page from people who are voting for me, and I am really happy to see that people love my music to the extent that they go all out to support me,” he says.

However, he is further pleading for support from those who might not have voted yet. “Even those who have voted shouldn’t stop voting,” he says. “This is the time to create our own pride that will be sustained, and we will achieve exactly that when I am announced a winner.”

A resident of Tshitungulwane in the Vuwani area, Bashy Jahbless continues to amaze many people with his music. He debuted with a full-length album, World without peace, in 2007. Unfortunately, the album did not do well in the music industry. However, the flop of the first album did not demoralise him; he knew that he had to pull up his socks.

“I made a comeback with Tshanduko yo swika in 2010 and African in 2011,” he says. “The two albums became popular out there, with people calling me many times to congratulate me. Some reported that they were playing my songs all the time. When I stepped into Vuwani, I could hear my music from almost every corner of the town.”

However, his best album came out in 2015, under the title Poor people's cry. On this project he worked with the skilful Just-Ice (Justice Mbedzi) on two songs, which also gained much popularity.

To vote for Bashy Jahbless, SMS GAMA249 to 47439. “GAMA also stated that the best voters will be awarded a laptop straight from the GAMA Awards,” he says. 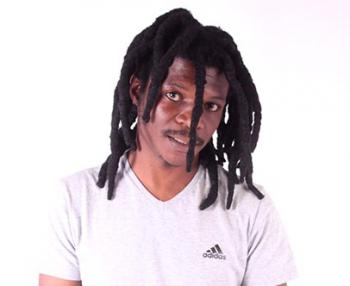