“AyobaTwice” is more than twice talented

Tshifhiwa “AyobaTwice” Singo, who is also known as bhuti ndi bhuti, is a rapper, music compiler and producer who has already made a name for himself in the music industry.

He discovered music a decade ago when he frequented his cousin’s recording studio, King Simba Studio, where he got to learn the basics of music such as song writing and music production. “I love music so much that it’s really difficult for me to live without it,” he said. “A day hardly goes by without me singing or doing a new song,” he said. “The other thing I love about music is that it can be used as a tool to unite people, and also as a weapon to fight crime and gender-based violence.”

AyobaTwice mentioned some fellow artists as mentors, such as Big Ropza and Ricardo Mukwevho. “You cannot simply claim to be walking alone when you surely know that there have been people who have been supporting or aiding you,” he said. “Unity makes us bigger in any industry.”

He is currently working on a full-length album that will be released this year. “The idea of putting together a new album is to reach aesthetic value via my music and for the very music to get out there and touch lives,” he said. “I also would like to put my place – Malavuwe village – on the map.”

The A huna tshisa konadzei (ft Saint) hit maker added that he was putting the final touches on a single, Mukhethwa. “So, watch this space; I am coming in full force!” he said. 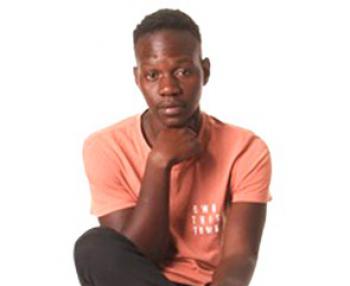