Some on-air names of presenters have a way of making listeners fall in love with either the show or the radio station – but Empee Mr Media Voice on Air manages to achieve both.

He feels he was born for the radio. "When I was nine years old, I had to relocate to my grandparents' place,” he said. “My late grandmother taught me a lot of poems, but my grandfather was a great fan of Phalaphala FM, so I learnt to love radio because of him.”

This information technology and computer science student at Vhembe TVET College said that he believed that radio presenters should be versatile in all their projects in order to broaden their personalities. "I spent a lot of my time studying, playing music and listening to other radio stations, such Zi Sterio FM and Gagazi FM,” he said. “As a radio man, I don’t ‘box’ myself in, or else I will end up suffering from stagnation; I need to grow and always come up with something new and fresh.”

He revealed that his dream was to own a radio station. “I am looking forward to being a supportive husband to the woman I will marry and get to be the best dad ever to our children,” he said. 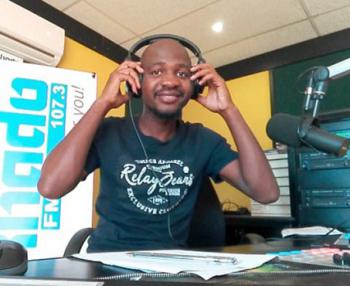