The song was released on 5 May and is available online. The release of the song was inspired by the current situation the country is facing - the lockdown and COVID-19. "The song encourages people not to lose hope, but to keep trusting God, who is forever with us," she said.

Rofhiwa, from Tshidimbini village, said she started singing and dancing at an early age during the time of the Tshidimbini Community Club, which was formed in 1989. "That’s where it all started. I used to dance, sing, and participate in drama. I would represent the group at parties and weddings through music. I was also lead singer at primary and high school assemblies," she said.

"I was the best singer during a talent search in 1996 at Tshivhase High School. I was imitating Rebecca Malope’s song Sicel’ Ukuthula. It was a great feeling. I then started taking music seriously. People even started calling me Rebecca, some didn’t even know my real name, they thought Rebecca was my second name," she recalls.

In 1999, she started singing with recording artists such as Lufuno Dagada and Lawrence Mabasa as a backing vocalist. She also trains young gospel artists.

Her first album, Darlene – Praise His Name, was released in 2012, which was followed by You Alone in 2013, featuring Tumi B, Abby Mamphogoro, Petunia and Aubrey Chionera.

She advises young gospel artists to be themselves and to avoid imitating others. "You can have someone you look up to, but you should not be that person. Learn more and ask more. Do not behave like you know it all. Trust God and believe that God's time is the best," she said.

She is planning to release an album later this year. For bookings, contact her on 083 698 1269 or write to darlenerofhiwa@gmail.com 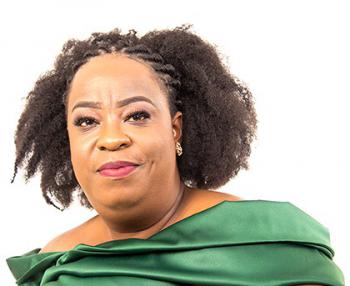