Apostle Makhado Sinthumule Ramabulana describes himself as a former “fake prophet” who ran a successful prophetic church in Pretoria and gave other people spiritual powers to run big churches.

In his recently published book, Church Mafia, he shares his spiritual journey on how he supposedly received powers to perform miracles. “Church Mafia is an electrifying book that takes you on a journey to various African countries that I have travelled to obtain prophetic and miracle power and how I was later restored by God to the man and leader I am today. The book is an untold African narrative exposing the secretive powers and tricks used by false prophets to deceive their followers in churches today,” he said.

In this thought-provoking and tell-all book, he reveals how God saved him from secret and occult societies. “I explore themes of my life in the ministry, the commercialisation of the gospel, lessons learnt from countries I have travelled to in an effort to gain powers, and details of the occult operations,” he said.

After years of struggling to accomplish his mission of pastoring a megachurch and impacting the world, he said that he became frustrated, strayed from his true calling and fell into a trap of exploring secret powers hidden in the church today. “I operated as general khatha-khatha within a counterfeit spiritual movement that operates under the banner of prophecy and instant miracles. This movement operates using secret powers to attract huge crowds, charges consultation fees, and promises people miracle money. Leaders of this movement also perform false prophecies and staged miracles,” he said.

He warns young pastors not to seek occult powers to run churches. The book is available on Amazon.com. He can be reached on 076 977 9568. 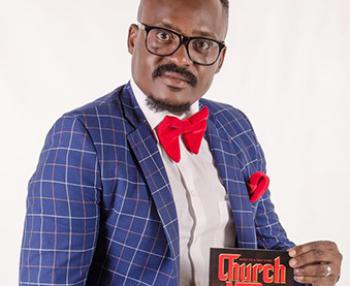