Tshilombe establishes himself as prince of reggae roots

A ragamuffin and dub reggae artist is quickly establishing himself as a rare breed in the music industry, with his unique lyrical style and voice as he performs on different platforms across the country.

Tshilombe, who released his debut album, A ni Tshithu in June last year, is a mature artist in terms of sound quality and his subject matter. Listening to his music or watching his stage performances is a rewarding experience.

“I have heard many people who were not fans of reggae music say that I had won their hearts,” he said. “My aim when I compose new music or sing has never been to win people people's hearts, but to offer them the kind of music they will enjoy and speak about long after they had first heard it.”

He believes that music should strike a chord the moment the person listens to it, and listening to it for a second time and more is only for aesthetic and enjoyment purposes. “I grew up listening to reggae music,” he said. “My uncle, Mmbangiseni Mukovhi, first introduced me to the genre when I was just a little boy in the village.”

He had learned to listen to music with his ears and his heart, because he sees music as a prophecy. “A prophecy is not always open-ended,” he said. “You need to decipher it for a prophecy. But if you despise the messenger, you might well miss the message.”

A lecturer by profession, Tshilombe said that his music was different from the others' in that he does not just sing and record his music. “I don't just write my songs, I interpret the strings of my acoustic guitar,” he said. “I like playing my acoustic guitar until I get confirmation from my heart and mind that the salient song is what I have got to sing.”

Tshilombe's music is available from good music stores and directly from him on 072 127 4645. 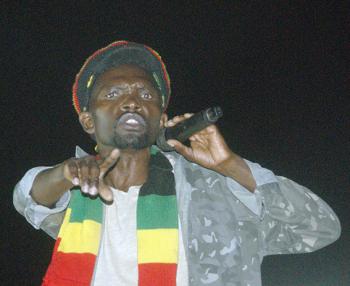