Maanda Phineas Ndou will launch his second book, University broke my innocence, on 4 May in the auditorium of the Thohoyandou library.

He said that the book was a fictional one that highlighted the circumstances and situations that destroyed the destinies of young people. "I saw it so necessary to write a book of this nature as it will motivate and inspire people to never give up on what they want to achieve and to be always prepared for all life’s misfortunes. I also realized that young people meet people who always promise them good things that they never do," Ndou added.

"Young, innocent girls are robbed into relationships that eventually terminate or shortcut their dreams." Ndou said the book told the story of a village girl who went to university seeking for greener pastures, but unfortunately “the vultures of this world were also waiting to break her.”

He said that the book was written in three self-invented ways of writing, dialogue, personification and narrative.

Speaking to Limpopo Mirror, Ndou said that he started writing at the age of 12, but he did not have anyone to help him with publishing. Last year he released his debut book, Why me, which focuses on socio-spiritual aspects that affect people's daily lives.

"The greatest thing I will cherish is to see my book being considered by the Department of Education and be part of the educational curriculum, because the book is all about what young South Africans need to know," he said. 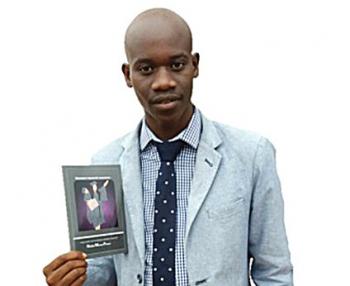