Independently published authors are under vast pressure to deliver content that will fly off the shelves as publishers must often fork out large sums of money to fund the production costs, which might sometimes not be recovered.

Gudani Raulisa has refused to give in to this pressure. His debut novel, The year of fire, is an uncomfortable read that interrogates the most sensitive of topics. Set in the near future against a backdrop of political tyranny and social cataclysm, The year of fire delves into the story of two senior students at Gauteng Central University who find themselves strung together by a series of unfortunate events.

“Victor Moloi, the narrating character of the story, is a master criminal law student who harbours secrets of a violent upbringing in which his cop father occasionally broke whiskey bottles on his mother’s head, while he watched as a little boy,” says the author. “Victor is also the SRC secretary general who doubles up as the campus connoisseur of digital voyeurism. In translation, Victor perversely stalks female students online.”

When a tell-all blog post surfaces online, detailing the sexist nature and rape culture entrenched in the SRC, Victor is driven to a public confession of his predatory actions and draws the attention of Imani Mashapha, the disgraced leader of the SRC and author of the blog, which threatens the foundations of the student governing body.

“The book, although tailored primarily for men, was received well by female readers, whereas it put a target on the author for insults from men who believe they have been misrepresented,” he said.

As a budding author and mental-health activist, Gudani believes literature should always raise uncomfortable questions and initiate dialogue on sensitive topics as opposed to merely entertaining. His new book, The Waking, which will be released on the 28th of this month, delves into the topic of mental health and takes a significant turn by introducing speculative, paranormal effects to highlight the tendency to ascribe mental illness to witchcraft in black communities.

Late last year, Gudani also founded a digital literary magazine with the purpose of promoting the literature of writers of colour and won over a new wave of black readers. In its developmental phase, bookmag.co.za has already published several key articles about the reading culture of black people in Africa and the migration, as well as some reviews and reading lists.

The author was born at Mapate village near Thohoyandou, and he is an accredited, independent psychotherapist currently living in Johannesburg. He is the founder and co-owner of Shango Press, a small publishing agency helping independent authors polish and publish their works both digitally and in print. In the meantime, he is also currently raising money to build South Africa’s first independent mental health centre for people of colour aged between 18 and 35 to help fight depression and suicide.

His books are available from good bookshops and directly from him. He is on Facebook, and he can also be reached on gudani@shangopress.co.za and 061 424 6748. 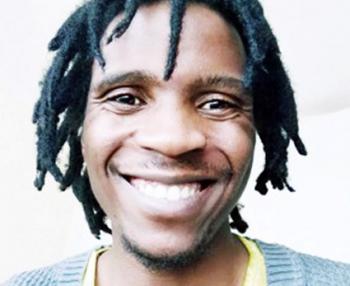