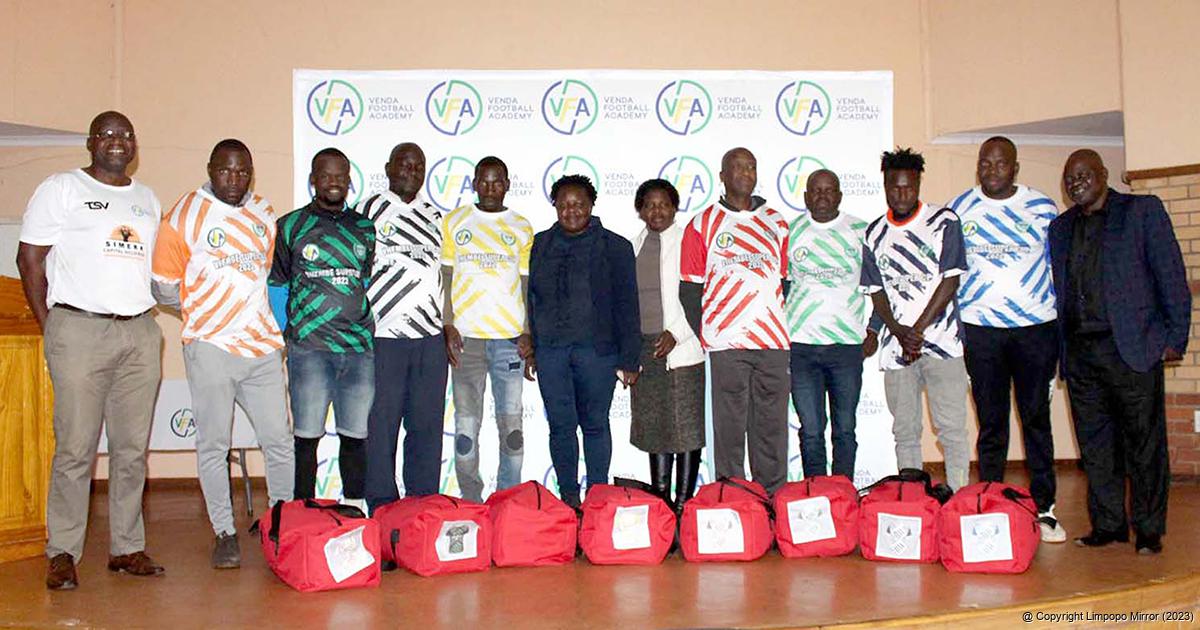 The general manager of VFA, Mr Tenda Masikhwa (left), and the Deputy President of Safa Vhembe, Mr Colbert Nempumbuluni (right), pose for a photo with the representatives from the last-8 clubs and the officials from the league during the ceremony. Photo: Frank Mavhungu.

The teams that managed to reach the quarter-final stage of the Vhembe Super Cup Tournament will parade in new colours. The ceremony during which the soccer kits were handed over to the teams was held at the Thohoyandou Arts and Crafts Centre on Tuesday afternoon.

The quarter-final matches for the Vhembe Super Cup Tournament will be played at the Tshifudi Stadium on Sunday. The fixtures for Sunday’s matches are Berea FC vs Madridtas FC, United Artists vs Mashamba Soccer Academy, Tshikhwani Stone Breakers vs FC Basel and Masakona Young Tigers vs Maelula United Brothers.