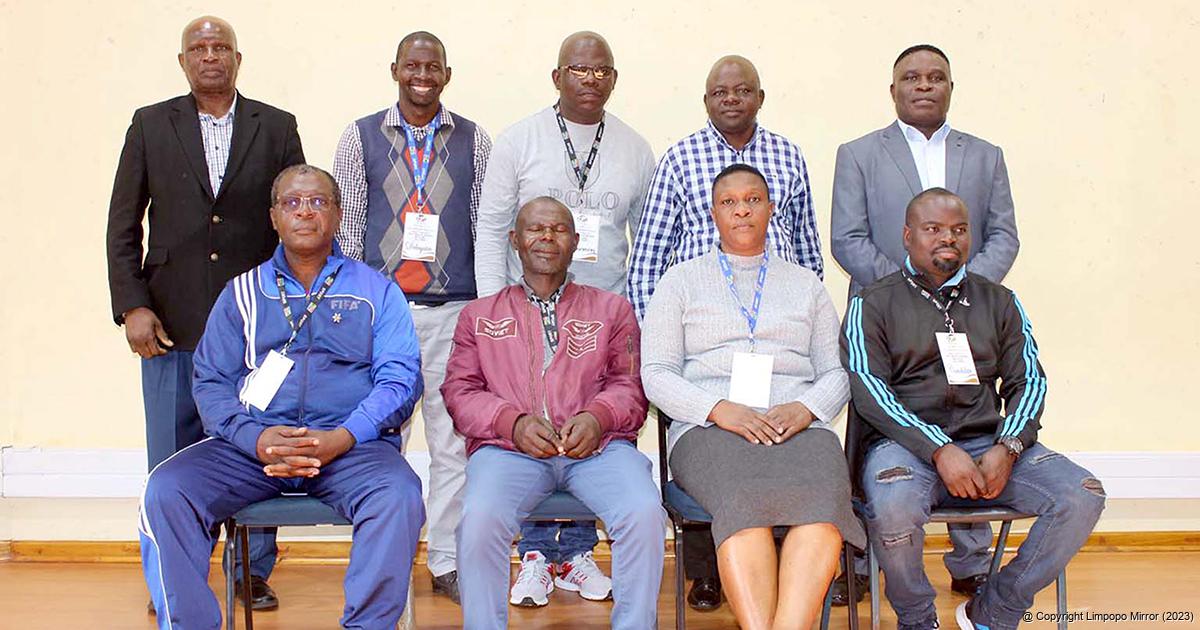 The newly elected Thulfa executive committee members pose for a photo with the representatives from the Safa Vhembe Regional Association after the meeting. Photo: Frank Mavhungu.

Thulamela Local Football Association (Thulfa) will be under the chairmanship of Mr Rudzani Mulaudzi for the next four years. He was elected as the new chairperson of the association during Thulfa’s elective congress held at the Thulamela Library last Saturday.

Ms Mavis Mulibana was elected to the position of third deputy chairperson. Ms Mulibana is not a new name in local football circles. She is the current chairperson of one of the SAB League sides, Tshimuthe FC. Mr Aaron Tlou is the new general secretary for the association, while the position of treasurer is now being held by Mr Eric Makungo.

In his welcome remarks, the former chairperson of the association, Mr Ephraim Singo, revealed that the association was in a good financial position. He said that the previous executive committee had recently signed sponsorship deals with two companies, N Rand Funeral Services and Mpho Mathoho Electrical Services.

When delivering his first speech as chairperson, Mr Rudzani Mulaudzi appealed to the clubs that had terminated their membership with the association for whatever reason over the past years to reconsider their decisions. He stressed the fact that serving as an executive committee member for an amateur football association was voluntary work.