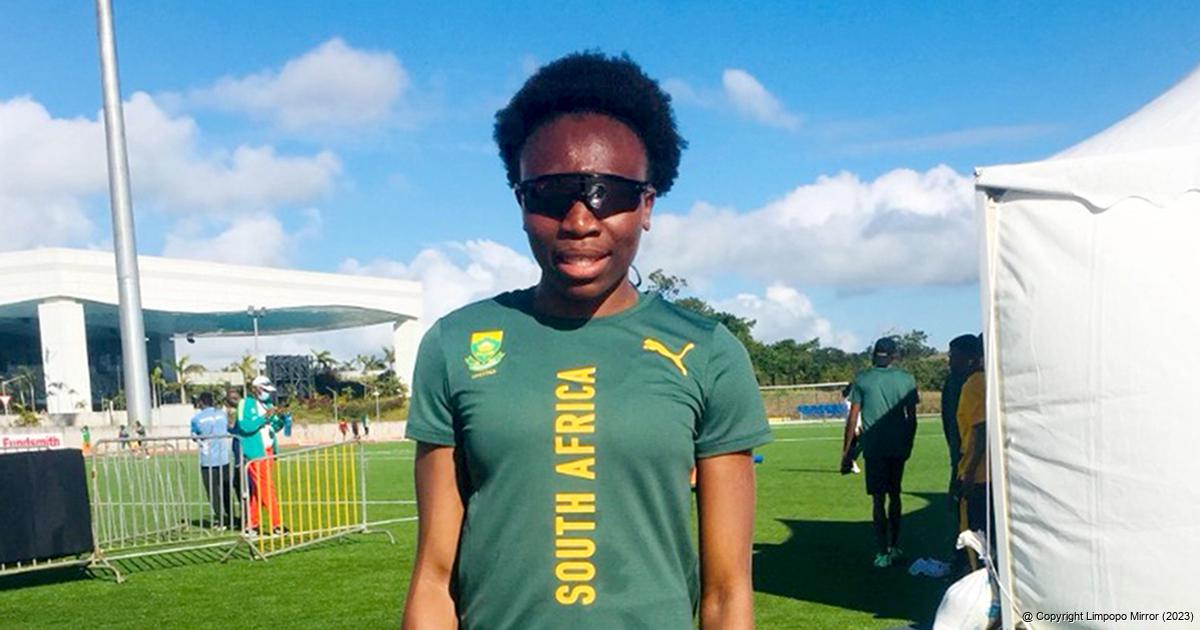 Local runner Shirly Nekhubvi will be participating at the 2022 World Athletics Championships in Oregon in the USA from 15 to 24 July. Photo supplied.

Vhembe’s star runner, Shirley Nekhubvi (21) from Tswera village, has made her area proud by becoming one of the athletes selected to participate at the 2022 World Athletics Championships in Oregon in the United States from 15 to 24 July.

Nekhubvi’s athletics career started at Tswera Primary and David Mutshinyalo Secondary, where she was discovered by Richard Makhumisane during the Vhembe athletics meet at Louis Trichardt High School in 2016. In 2020, she moved from her dusty home village to Pretoria to start her professional athletics career in the 100m, 200m and 400m events. In 2021, she moved to Port Elizabeth to be coached by Coach Gerrie Posthumus.

This year saw her partaking in, among others, the World Athletics Continental Tour in Botswana and Kenya, as well as the 2022 African Championships that was held in Saint Pierre in Mauritius in June, where she competed in the 200m and 400m relays and managed to be make it to the final in both categories. “Unfortunately, I could not make it to the podium, but overall I’m very happy with my performances so far this season. I appreciate that these are building blocks for great things in the future. I would like to thank my management team at Nkwalu Sports Management, my coach, Anita, and my physio. Thanks also to the Makhumisani family for all their support. I am going to give it my all and enjoy being part and proud of flying the SA flag,” she said.