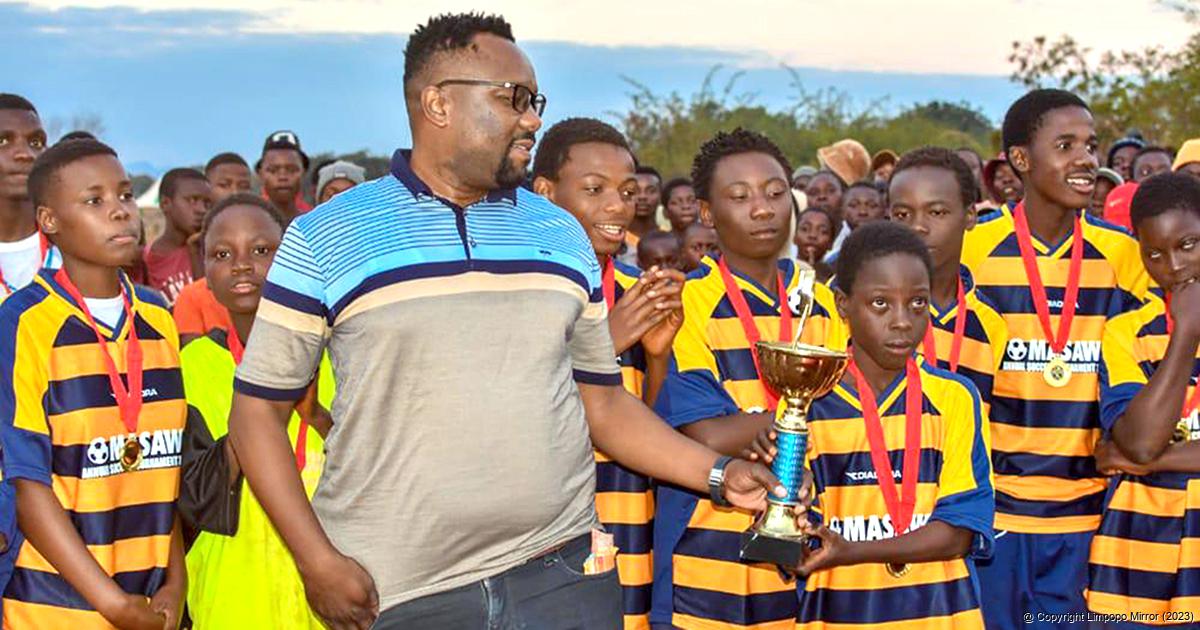 The captain of Makhuvha Young Brothers, Hudivha Dzawela, receives his team’s trophy from the sponsor, Mr Masala Ramaphosa, while his teammates look on. Photo supplied.

Young Brothers are the Masawe U/15 champions

Makhuvha Young Brothers FC have good reason to celebrate. They were crowned the champions of the Masawe U/15 Soccer Tournament at the Makhuvha SK New Look Grounds on Monday. This after they had brutally walloped Golden Boys FC 4-0 in the final.

Young Brothers were presented with R5 000, a soccer kit, a floating trophy, gold medals, one soccer ball and 15 pairs of soccer boots during a ceremony held at the grounds shortly after the final game.

During the ceremony, the sponsor, Mr Masala Ramaphosa, said that he would continue to sponsor the tournament in the future and that the sponsorship amount would increase with time.