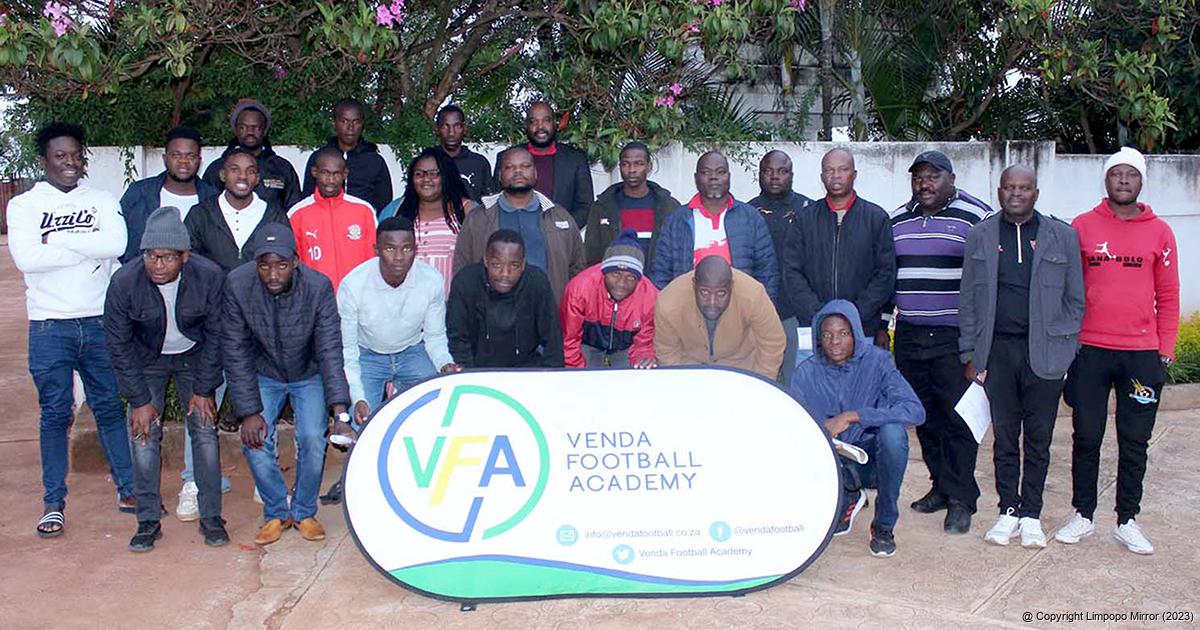 The representatives from the participating clubs pose for a photo during the ceremony. Photo: Frank Mavhungu.

The preliminary-round matches for the Vhembe Super Cup Soccer Tournament will be played next weekend (16 and 17 July). The tournament was officially launched during a ceremony held at the Munakisi Hall in Muledane last Wednesday. Twenty-four teams from around the Vhembe District will take part in the tournament.

Venda Football Academy (VFA) is the sole sponsor of the tournament. When delivering a keynote address during the ceremony, the general manager of VFA, Mr Tenda Masikhwa, appealed to the players, officials and spectators to behave well throughout the tournament to avoid incidents that would bring both the sponsors and the organisers into disrepute.

He described this year’s tournament as the starting point for a long-lasting relationship between his club and the SAFA Vhembe Regional League. Masikhwa said that the champions will receive R60 000, a floating trophy, a soccer kit, gold medals and 10 soccer balls. The runners-up will be presented with R40 000, silver medals, a soccer kit and eight soccer balls.

The third- and fourth-placed teams will go home with R15 000 and R10 000 respectively. Individual awards will also be given.

The toss for the preliminary matches was conducted during the ceremony. The fixtures for the preliminary-round matches are: United Artists vs SMSA, Madridtas FC vs Manamani FC, Dipeni FC vs Rabali Pull Together, Matika FC vs Bungeni Young Tigers, Basel FC vs Tshivhazwaulu Peace Makers, Mbishi Football Academy vs Igwe FC, Tshimuthe FC vs Maelula United Brothers and Mashamba Soccer Academy vs LTT Murunwa FC.