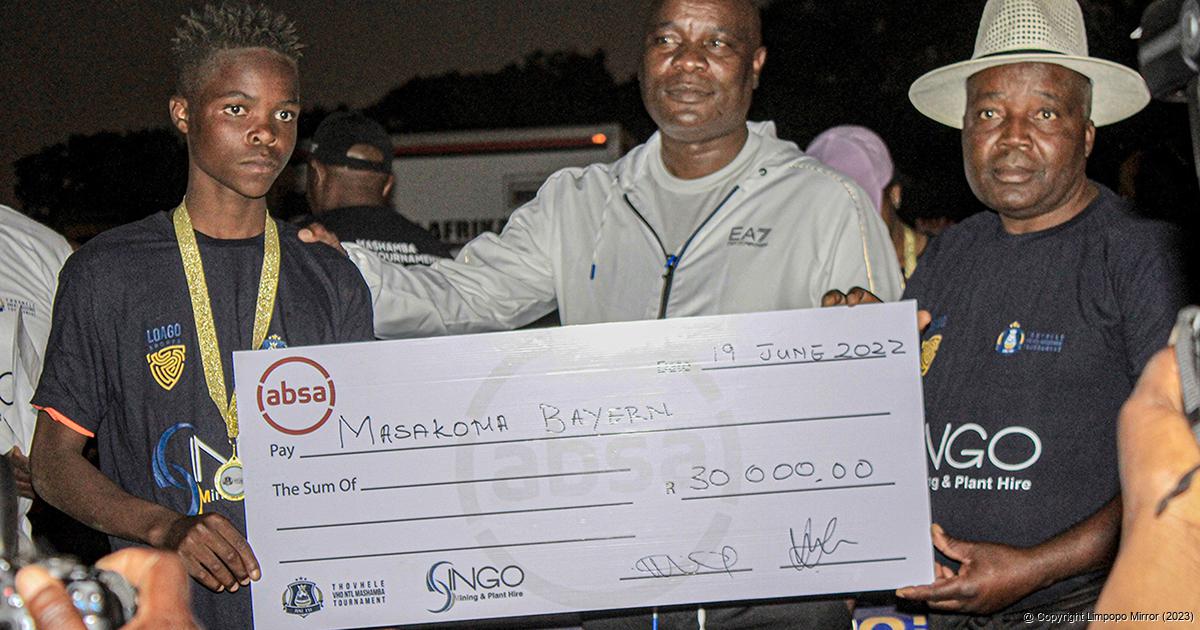 Ntakuso Rikhotso (left), the captain of Masakona Bayern Monach, is presented with a cheque by the sponsor, Mr Robert Nesengani of Singo Mining, with Thovhele Vho-Nndweleni Mashamba watching. Photo supplied.

More than R200 000 in prize money was distributed to the various netball, ladies soccer and U/17 soccer teams that participated in the Thovhele Vho-NTL Mashamba youth tournament that ended on Sunday at the Mashamba Grounds.

The administrator of the Makhado Local Football Association, Mr Simon Mashele, said that the players had trained hard to excel in their activities. He praised the committee who managed the tournament and encouraged community members to keep producing soccer stars.

Mashele thanked Singo Mining for helping to develop soccer in the rural areas, especially among the youth. “Despite the difficult economic conditions, we still find companies that are prepared to share their takings and support us,” he said.

A director of Singo Mining, Mr Robert Nesengani, praised the team managers and players for their dedication and commitment during the matches. He stated that they would continue sponsoring the tournament, saying it formed part of their mission. “As a company, it is our obligation to ensure that the society in which we are living is healthy, and sponsoring football is a step in the right direction,” he added.