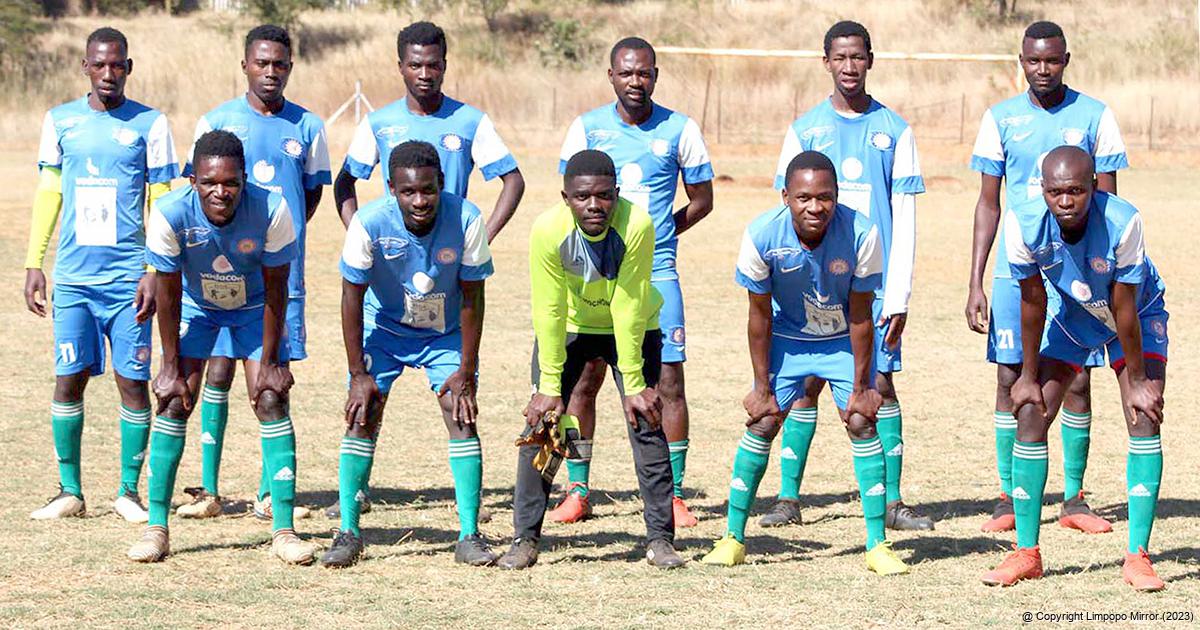 One of the hot favourites to win the playoffs, Berea FC. Photo: Frank Mavhungu.

The much-awaited group winners’ playoffs for the Safa Vhembe Regional Association will be played this weekend. The matches will be played at three different venues on Saturday and Sunday.

The first group will play their matches at the Salema Stadium outside Malamulele on Saturday. United Artists will test their strength against Marhavi FC in the opening fixture, which is scheduled to start at 10:00.

United Artists finished their league programme on top of Stream A1, while Marhavi are their counterparts from Stream A2. A quick glance at the track record of the two teams shows that Marhavi will be lucky if they concede fewer than three goals in the game. United Artists did not lose any match this season. Their worst result was a goalless draw. On the other hand, Marhavi have been blowing hot and cold throughout the season.

Tshivhazwaulu Peace Makers and Manamani City will follow suit shortly after midday. Peace Makers will be representing Stream D1 and D2 respectively. Mukula Fast XI and SMSA FC will wrap up the day’s programme later in the afternoon.

The second group will play their matches at the Rabali Stadium, also on Saturday. Berea FC will rub shoulders with Sambandou United Professionals in the opening match, followed by the match between Tshiungani Young Chiefs and Igwe FC. The game that is expected to be the final before the actual final will be between Madridtas FC and Tshimuthe FC. Just like United Artists, Madridtas have not known the taste of defeat this season.

Three matches will be staged at the Makhado Show Grounds, but due to the unavailability of the venue on Saturday, the matches will take place on Sunday.

Maelula United Brothers and Rabali Pull Together will meet in the opening fixture at Makhado. Makhitha Oscar Stars will have a date with Tshikhwani Stone Breakers in the second fixture that is scheduled to start at 12:00.

The last fixture will be between Bungeni Young Tigers and Mashamba Soccer Academy.