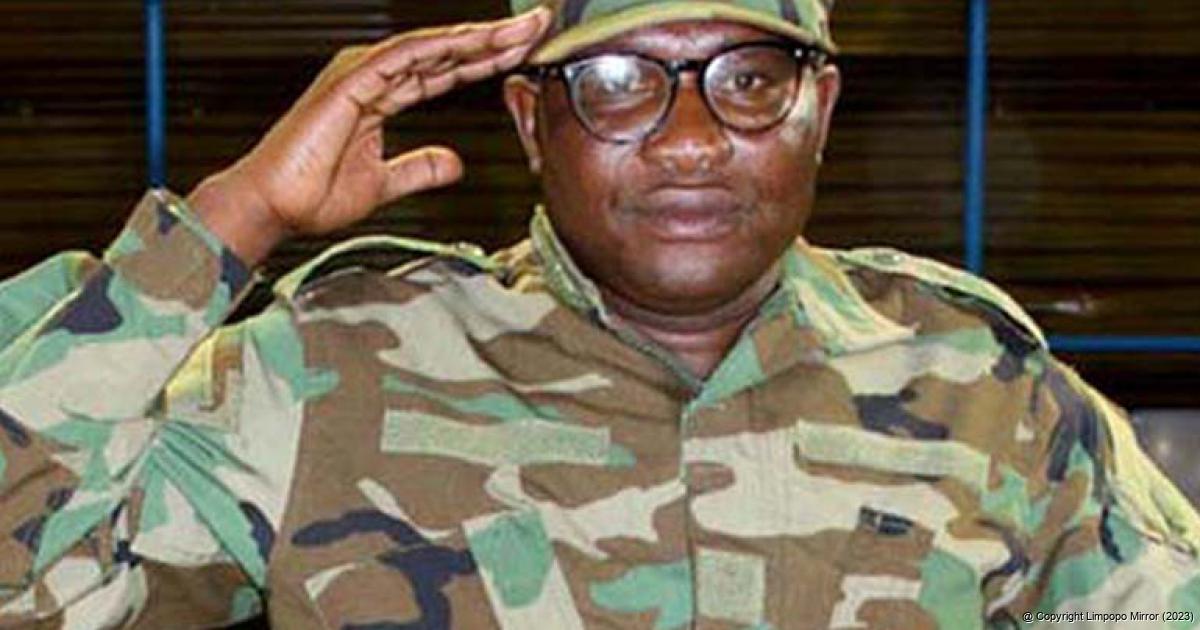 No, he is not a soldier. He is the head coach for TTM FC, Mr Lucky “King Mchichwa” Nelukau. Photo: Frank Mavhungu.

Another home fixture for TTM in Nedbank Cup

Tshakhuma Tsha Madzivhandila FC (TTM) will have another mountain to climb in their Nedbank Cup journey. They were drawn against another DStv Premiership League side, Marumo Gallants FC.

The draws were conducted live on television shortly after the last quarter-final match between Royal AM and University of Pretoria FC, which was played at the Chatsworth Stadium in Durban on Sunday. TTM, or Vhadau Vha Damani as they are commonly known, are the defending champions. They did the unexpected last year when they beat Chippa United 1-0 at the Dr Molemela Stadium in Bloemfontein to lift the trophy.

TTM’s road to the semi-final stage was rocky and thorny. They had booted out two DStv Premiership League sides on their way to the semis. They beat Lamontville Golden Arrows 7-6 in their last-32-round match at the Thohoyandou Stadium about three months ago. They travelled to the Eastern Cape, where they beat the ABC Motsepe League side, Sinenkani FC, 3-0 at the Mthatha Stadium in their last-16-round match. As if that that was not enough to prove that TTM are real giant killers, they met another DStv Premiership League side in Supersport United, whom they beat 3-2 at the Thohoyandou Stadium last Friday.

Asked if they were scared of Marumo Gallants, the team’s head coach, Mr Lucky “King Mchichwa” Nelukau, was quick to mention that they had nothing to fear. He said that apart from the fact that they were the defending champions, their track record in the competition this season spoke volumes. “If we had managed to beat the other DStv Premiership League sides, Lamontville Golden Arrows and Supersport United, what can stop us from crushing Marumo Gallants?” he asked.

In the other semi-final fixture, Royal AM will entertain the league title’s defending champions, Mamelodi Sundowns. Royal AM beat University of Pretoria FC 3-2 to secure a place in the semi-final stage, while Sundowns had beaten Summerfield Dynamos 5-0 to reach the last-four stage. The dates and venues for the semi-final fixtures will be announced by the Premier Soccer League before the end of next week.