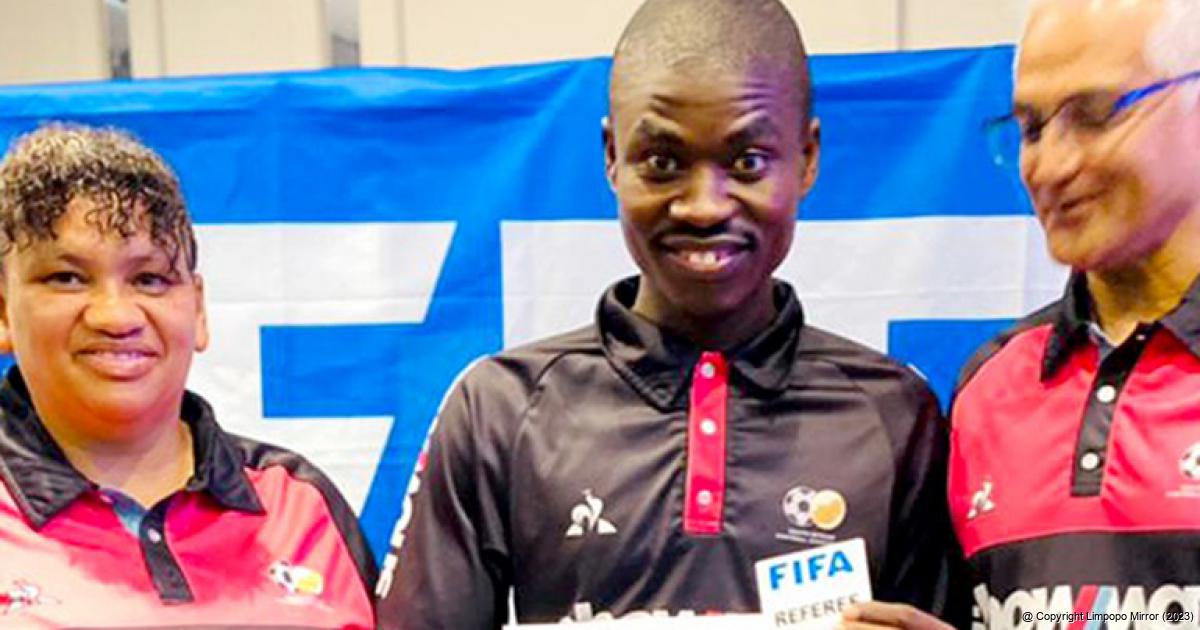 Local soccer referee Mr Jelly Chavani will now be able to officiate at international level. This announcement was made on Saturday, following a week-long mid-season refresher workshop in Gauteng.

During an interview with Limpopo Mirror shortly after he had received the Premier Soccer League’s best-referee award for the 2019/20 soccer season early last year, Chavani indicated that his dream was to officiate at international level within the next three years. His dream may become a reality much quicker than he had anticipated.

The 25-year-old Chavani was one of the professional match officials who attended the week-long workshop at the OR Tambo Airport auditorium from last Monday until Saturday. After successfully attending the workshop, Chavani was told something that will probably make him a happy person for a lengthy period.

An announcement was made at the end of the workshop that Chavani had been accredited to officiate at international level. Speaking to Limpopo Mirror shortly after the announcement, Chavani could not hide his joy over the phone. He revealed that the accreditation was a dream come true to him. He assured his followers that he would not disappoint them.

Chavani started wielding the whistle at local football association level way back in 2013. He was promoted to officiate at professional level in the middle of the 2015/16 soccer season. He only got to officiate a few National First Division matches that season. After excelling in the NFD games that he officiated that season, Chavani was given the nod to officiate during PSL matches as well.